A boy and his blanket + a video

Recently, Jace has been more and more protective of his blankie. It’s like a drug to him. Don’t try taking it away from him. He’ll scream at you. If he sees it and you don’t give it to him, he’ll give you a death stare. He is obsessed. Attached. And this blanket is usually covered in drool, food, snot, dirt . . . it’s always filthy. It smells. We have to sneak it away to wash it, then it magically appears again, fresh & clean. After talking about needing to get a back-up of it somehow, somewhere online, (and then not actually doing it, ha), my friend Heather went to work on Amazon to find the exact match of his monkey, fleece blankie. She found it and bought him two. TWO! The night we opened the box, Jace was a crazy happy boy. He didn’t know what to do with so many monkey blankies! He started flagging the new blankets around .. rubbing them on his face, biting them, dragging them. He was in blankie heaven. His little face was so blissful. Thank you Heather, for going the extra mile for Jace. I can’t tell you how amazing it is to have two back-ups of his favorite blankie. 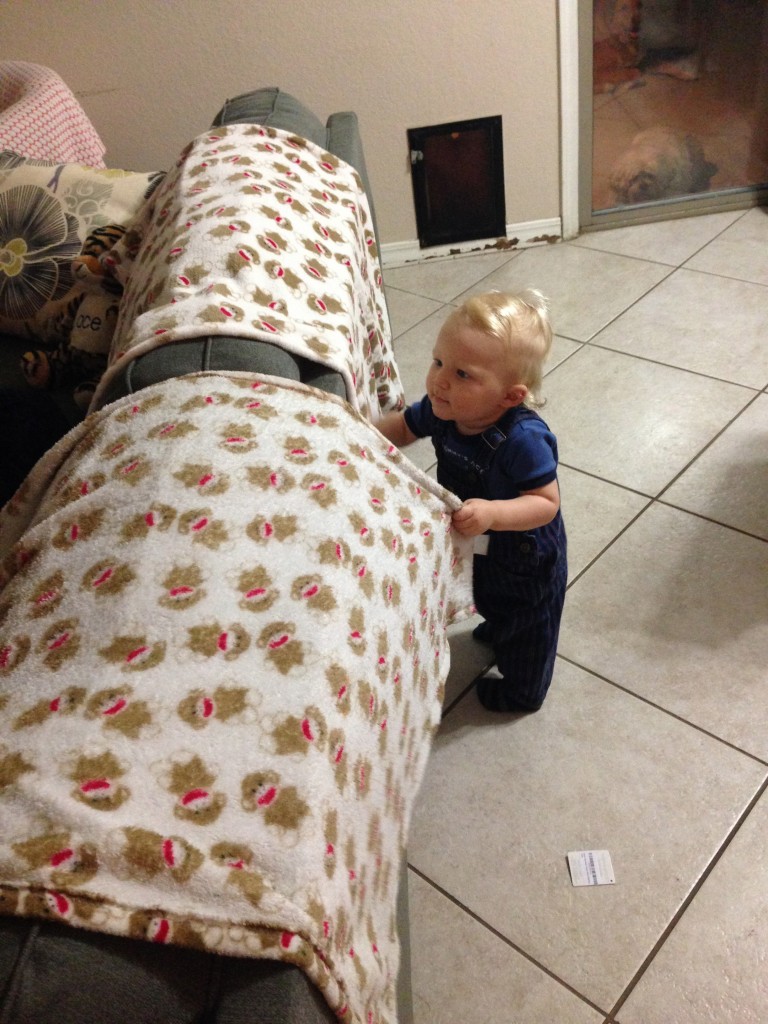 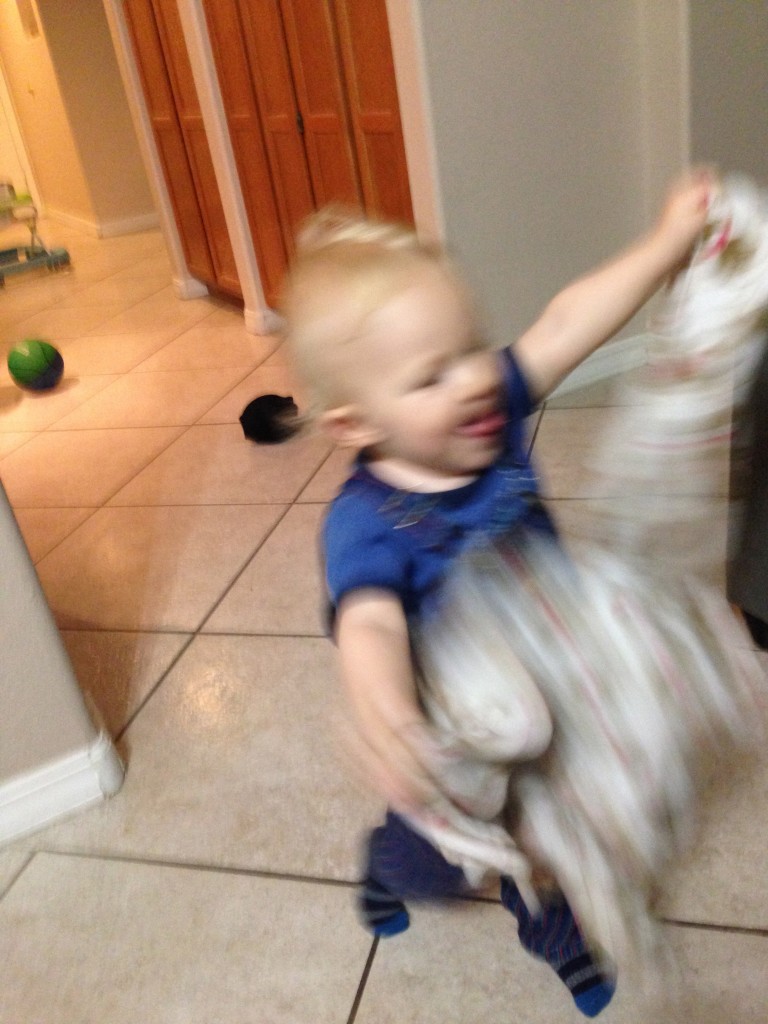 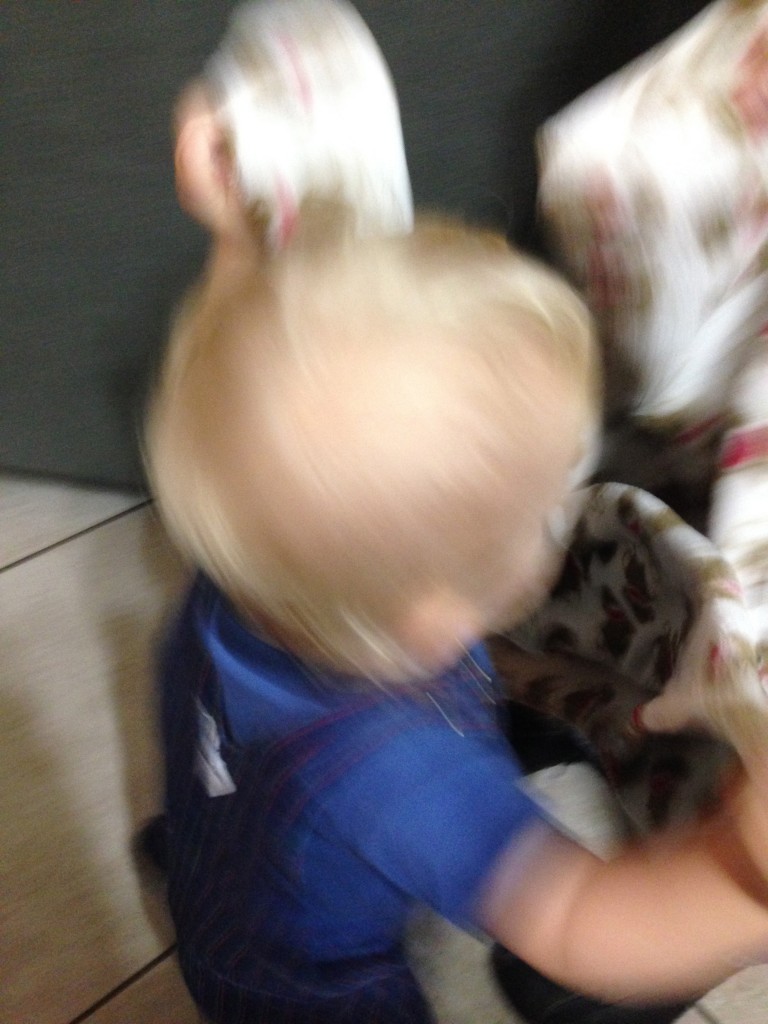 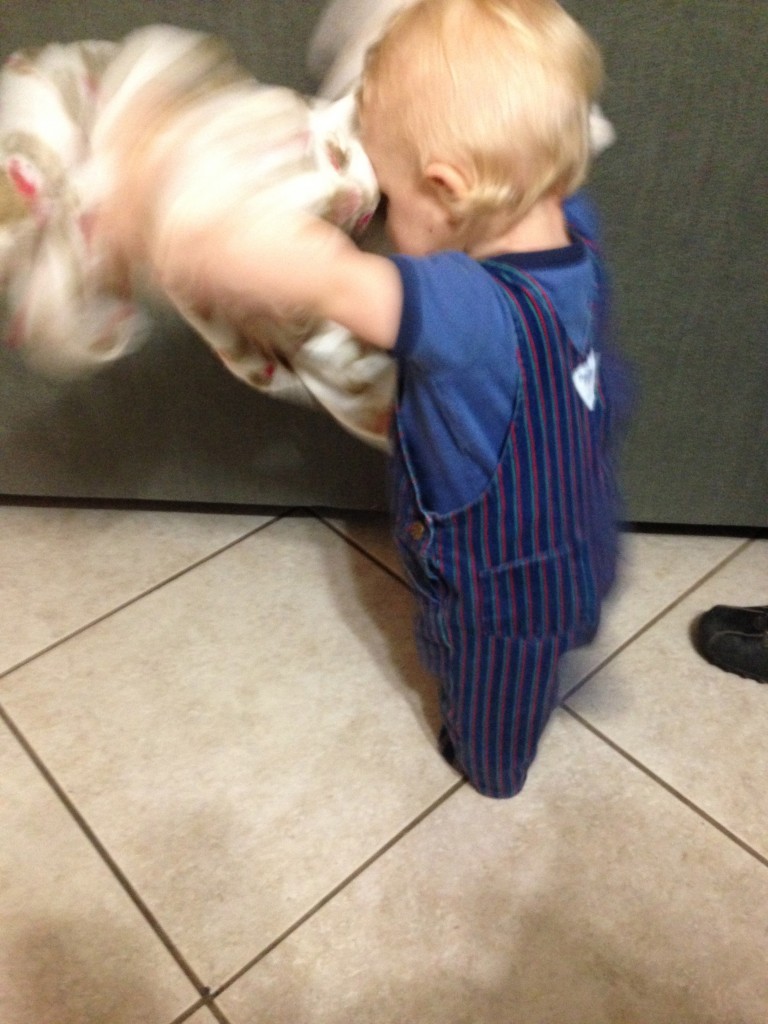 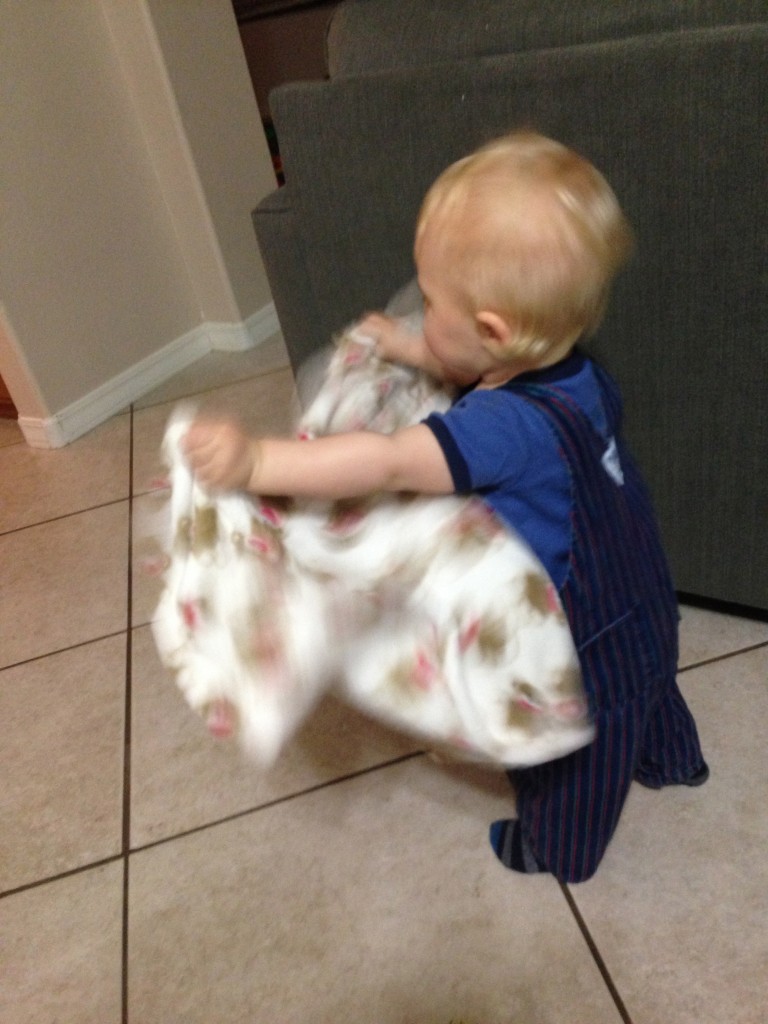 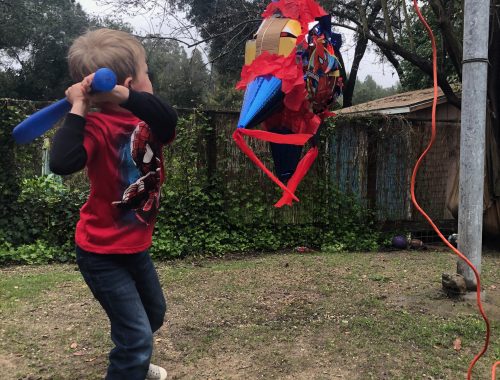 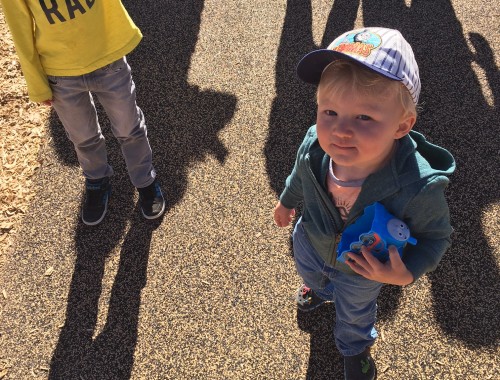 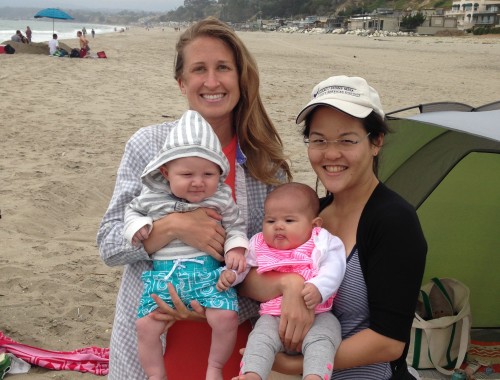