We bought a house. WHAT?!

Soooo … we bought a house. Wait, we bought a house?! Is this for real?! Yes!!! All I can say is it sort of happened out of no where, and it still feels surreal, but we really needed to get out of the rent life and into something we could actually put our money towards that was for us, and not someone else. Something we could call ours and grow our family in. And to be honest, we needed to be more central so we weren’t spending all our time and energy in rush hour traffic. So now we’re officially homeowners, and it all just worked out. We have a square of land and a house that sits on it! We’re in the old Village Grove neighborhood in South Scottsdale .. a little pocket of life right by Papago Park, the Desert Botanical Gardens, and  .. a Burger King!  Our street is really quiet and we’re just a block away from the Arizona cross cut canal (I think that’s the name), I’ve been using it for my night runs and I love it. The house is darling, and thankfully, was mostly move-in-ready. Not a lot of fix up or repair, didn’t have to buy any appliances. It even came stocked with rose bushes, plantation shutters throughout, an awesome sprinkler system in the front and back, and the cushiest carpet you’ll ever step foot on. It’s an older home, with a floor plan I’ve had my eye on since we started house hunting (which was only for like 2 weeks, ha!). I’m working on a little video of our new casa, but until then, here are some shots of my first to-do’s since being in our new house.

In addition to the rose bushes (and grape vines?!), our house also came with a TON of succulents bordering our backyard. They are absolutely beautiful but needed to be trimmed back. I’ve been You Tube-ing how to slice the spears off and boy does that aloe vera stink! But, again, maybe it’s because it hasn’t been trimmed and nourished .. hopefully they’ll start to regrow a little more now that I’ve given them some TLC.  [Note to self: must find a recipe for an aloe-vera cream to apply to my ever-more wrinkling forehead] 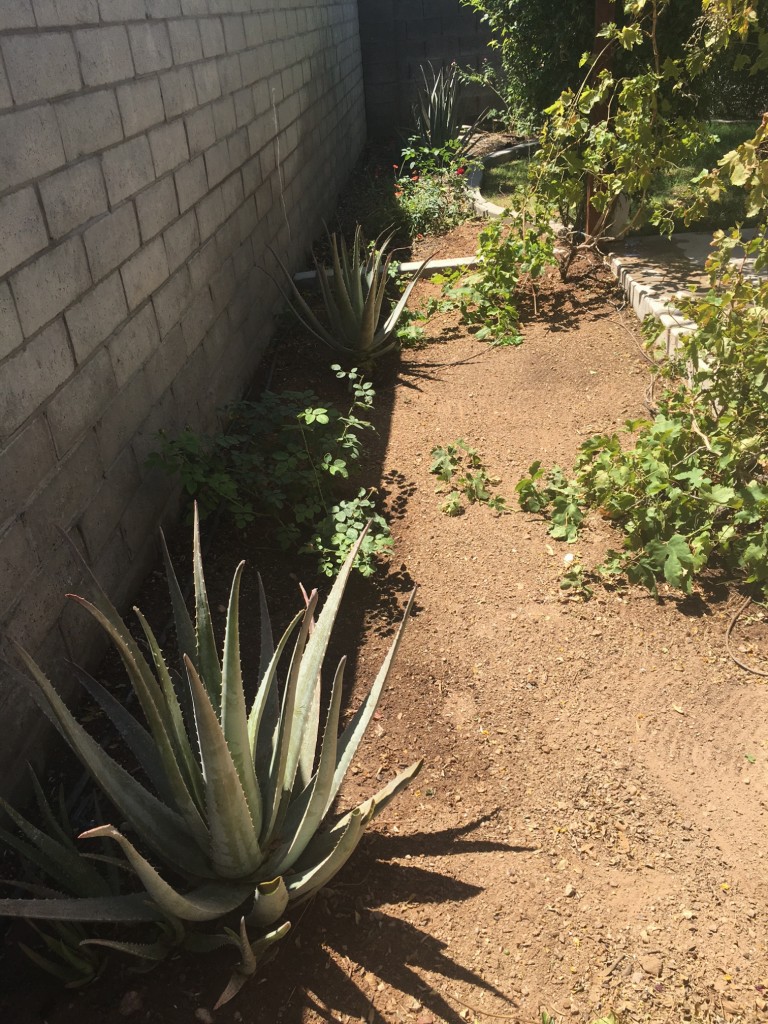 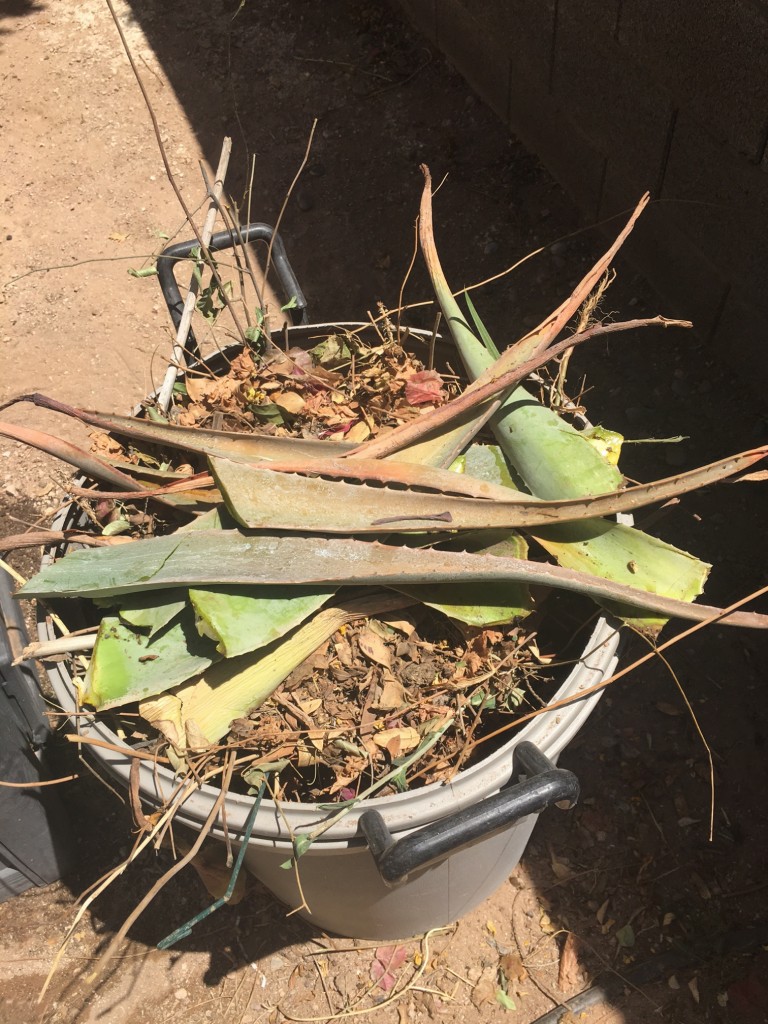 Sweet potato vines. And lots of them! They’re one of the best plants that survive the heat so I went a little crazy. And Jace doesn’t mind all of our trips to Lowe’s as long as he can drive the cart ;) I have some hanging on my front porch and also in one of my planters in the back. My Maricopa County planter’s guide also told me to plant some pumpkin seeds for the Fall harvest, so I did that, too. I already have a lot of little green leafs budding so if all goes well and the summer heat wave doesn’t kill everything in sight, I’ll have us some pumpkins to carve in October. 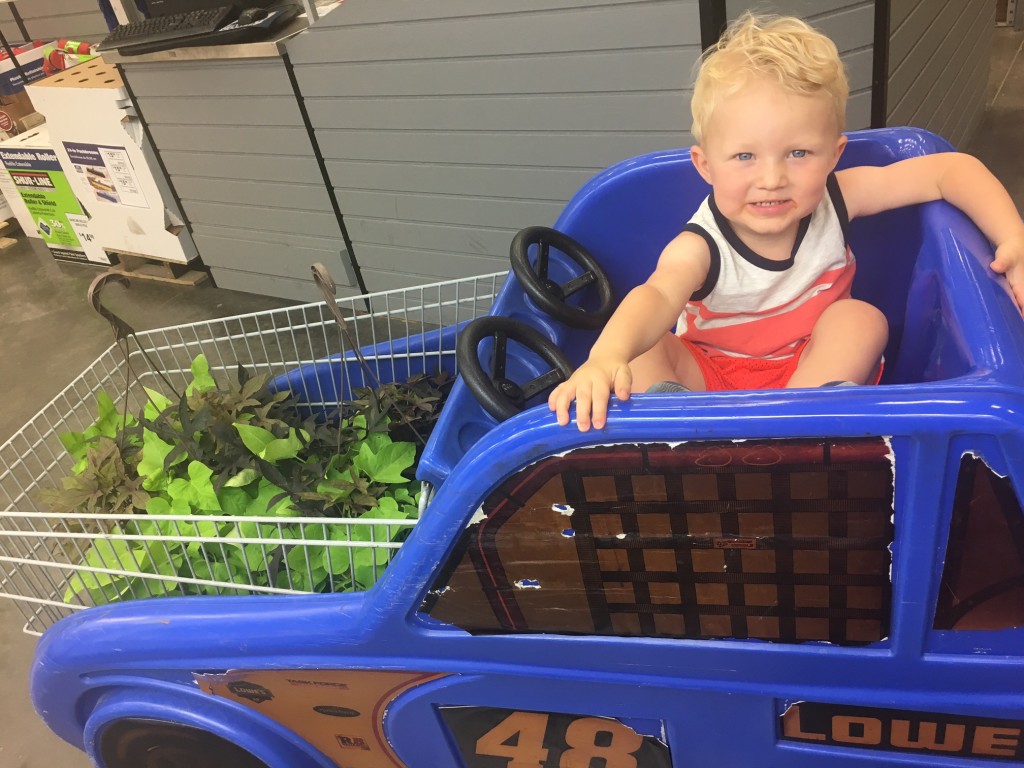 And the last thing I’ve been focusing on? The compost box in my backyard. Like almost everything else, it was there when we moved in, I just need to restart it. I’ve been reading online on how to get the moist and dry layers going, what to use for the compost — it’s been rather fun! And I feel better about the trash we throw out now being truly trash and not scraps I could layer into my compost box, or other material I can simply recycle. I get the biggest kick out of mixing it.  Sort of fruity, sort of mulch-y. I’ll let you know it goes. I have a lot of layers and weekly stirring still to go. 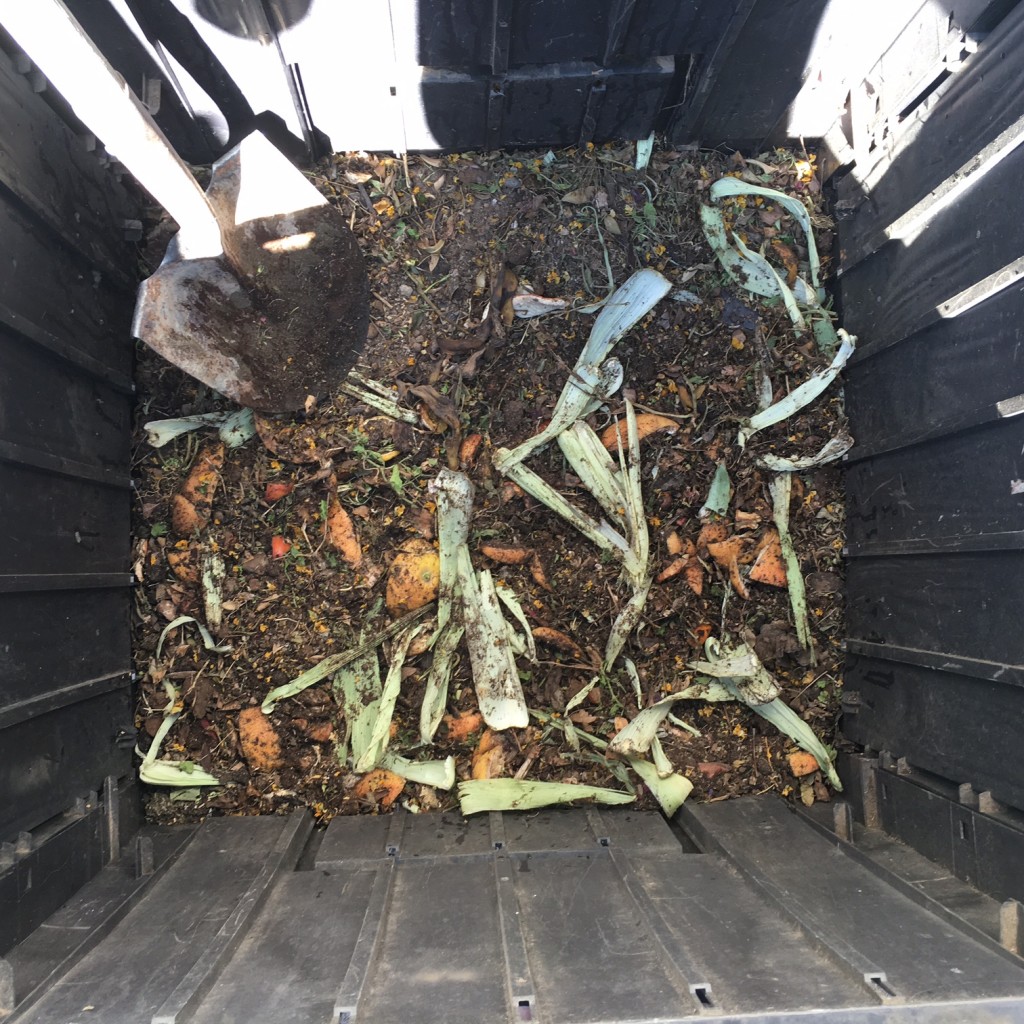 I’ll be back next week with more about our house. Jace already loves running through the sprinklers and calling it “my house”. I love our friendly neighbors, the leaning pergola in the back, and particularly our little mail cubby on the side of our house (no more mailboxes or PO boxes!). And thank God for no HOA. No more hate mail from people who watch your house for weeds!  This home ownership thing definitely has its perks, and I know it’s only just begun. Such an exciting feeling to have something you can truly call yours. I’ve already found myself caring more about details and things I wouldn’t if we were still in a rental. It’s pretty grown-up, which I’m still adjusting to, ha. Not just a house, but something we already consider a home. Stay tuned! 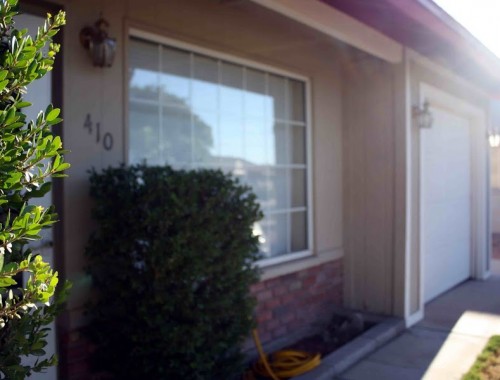 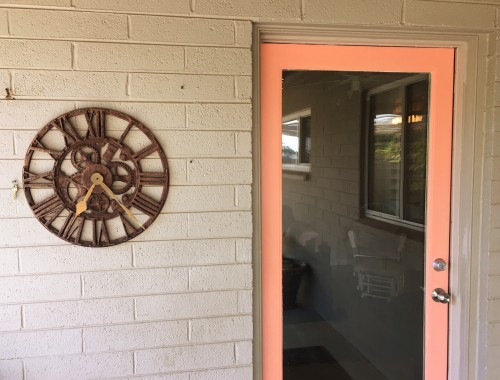 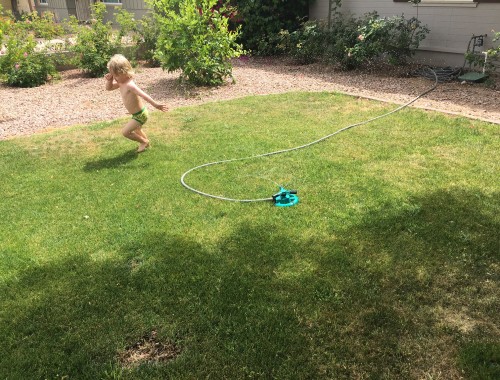