On the 2nd day in Kauai we went for a boat/snorkel tour along the Na Pali Coast with Captain Andy’s. Seriously one of the most beautiful coasts I’ve ever seen. So lush, and green. That water, those waterfalls! The crew turned on the island music and we laid back and took in the surroundings. 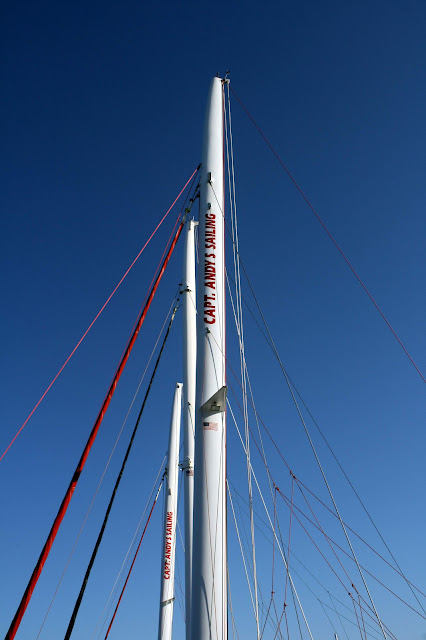 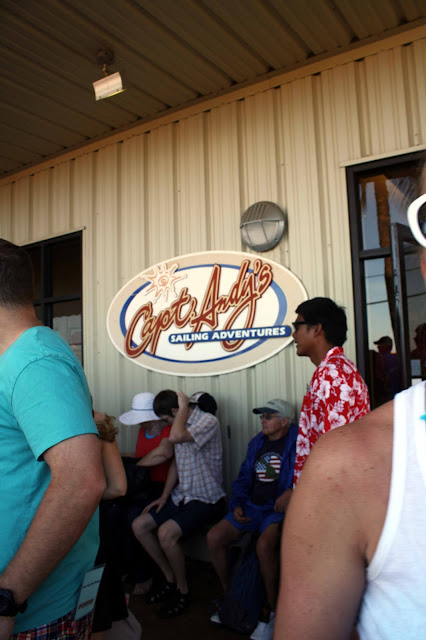 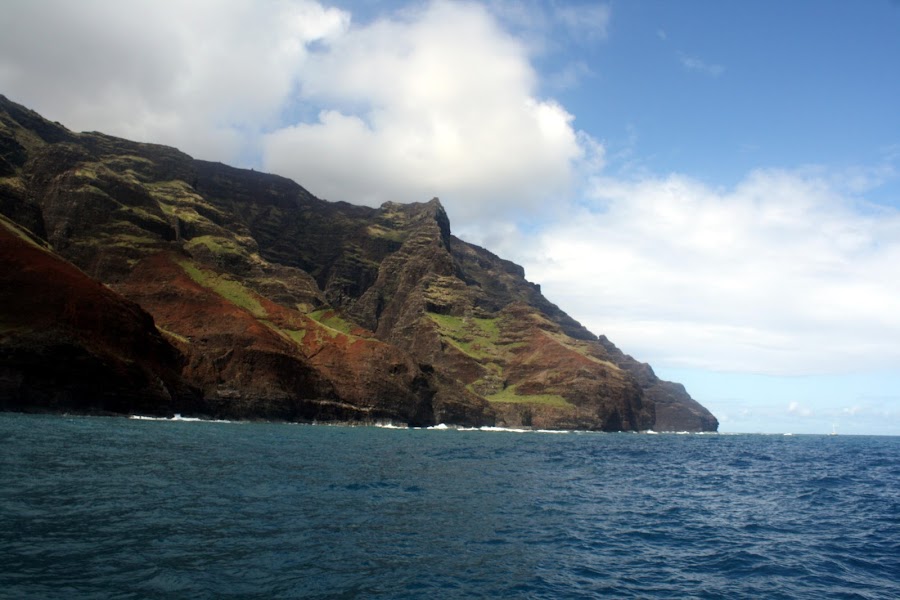 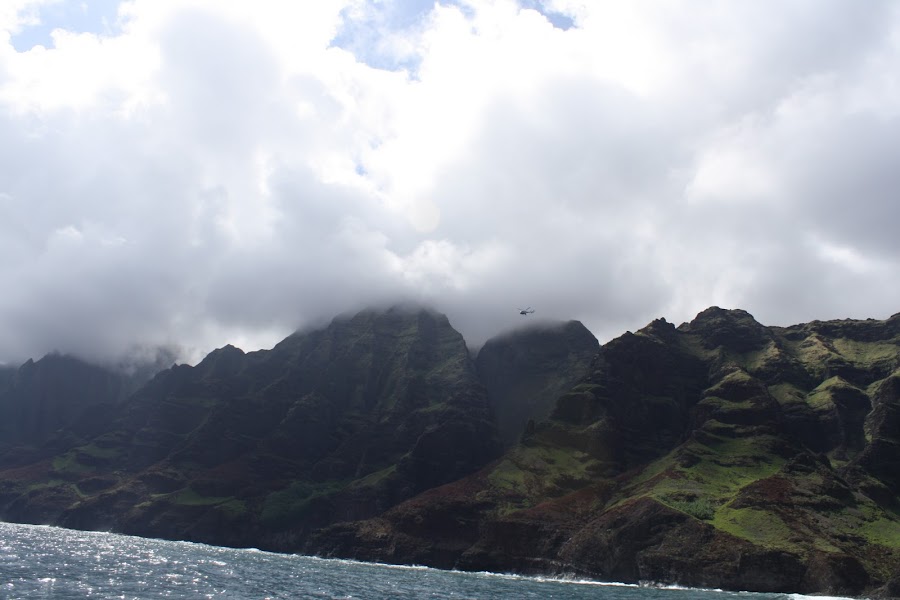 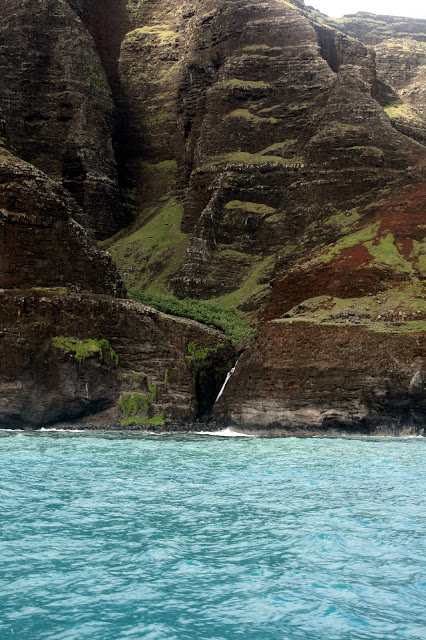 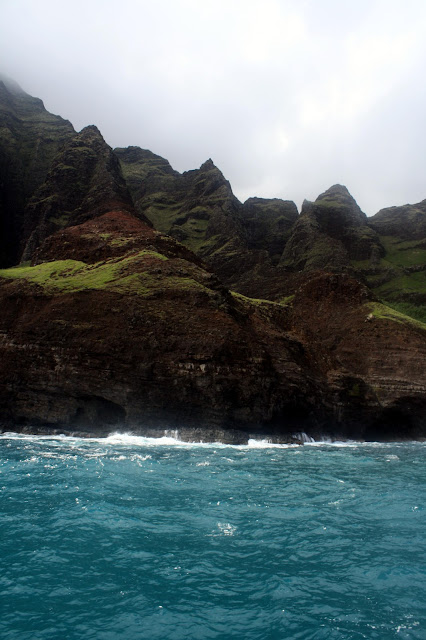 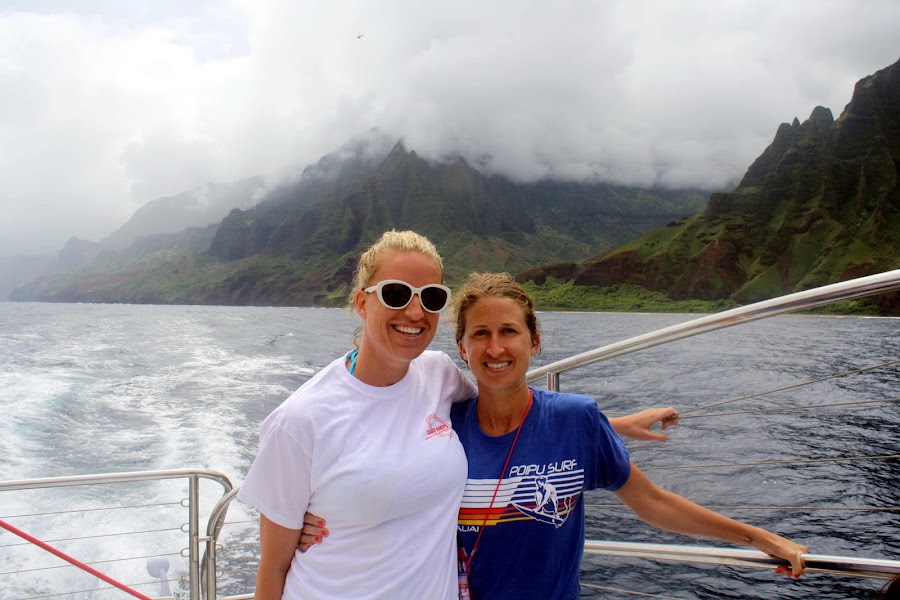 Pam & Rob felt a little sicky at times, so they snacked on crackers and let the bonine kick in {maybe a little too much for Rob. Poor guy was out of it for most of the day}. 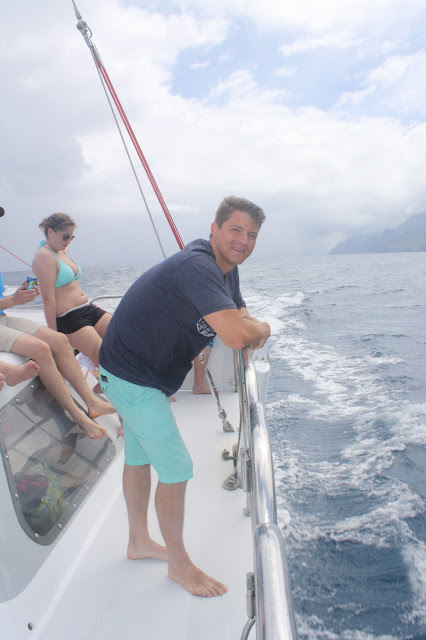 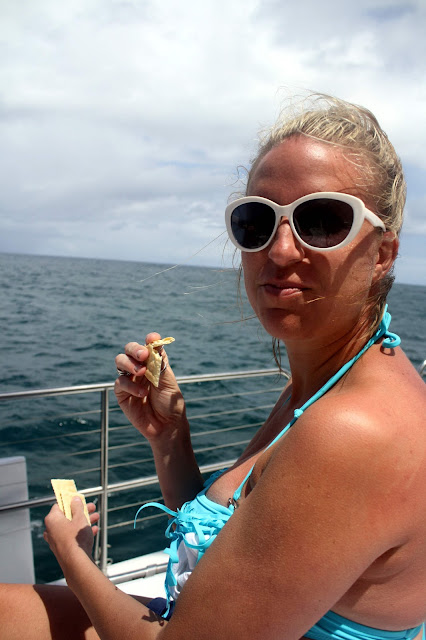 I was a little chilly from our splash seats at the front of the catamaran, so I passed on the snorkeling so my lips and body could warm up. Rob got in though and enjoyed the water and all the fishies! 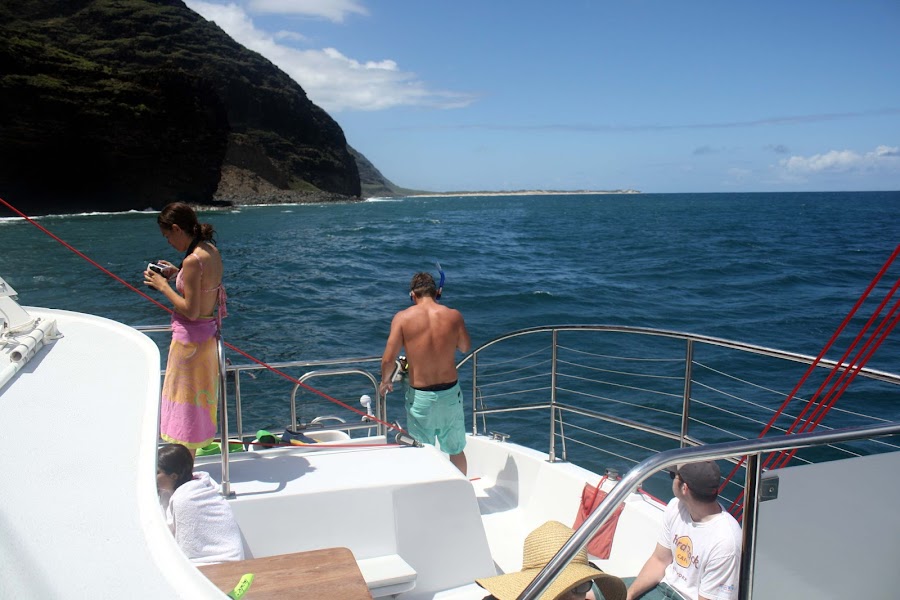 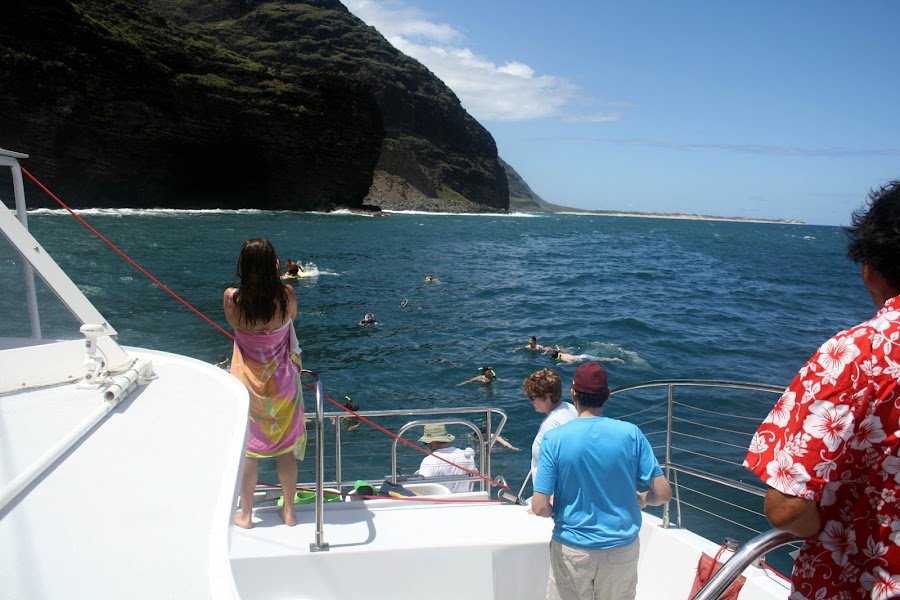 Captain Andy’s rocks. Breakfast & lunch was served, and later in the day cold beers and cookies.  It was fun to mingle with the captain and crew, and talk with the other vacationers. Pam and I loved just lounging on the top of the boat and taking in the beautiful day. Rob ended up lounging, too {the bonine fully kicked in, ha}. 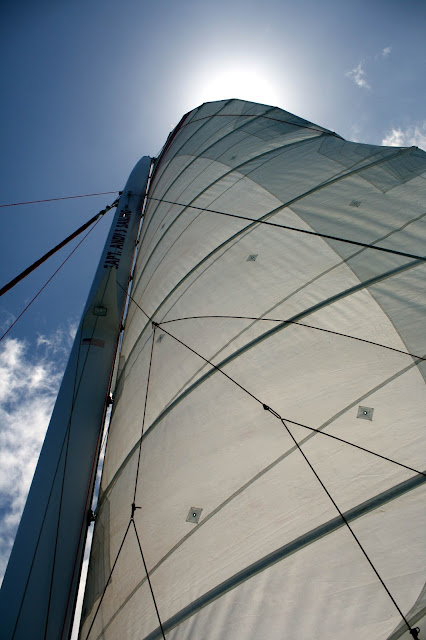 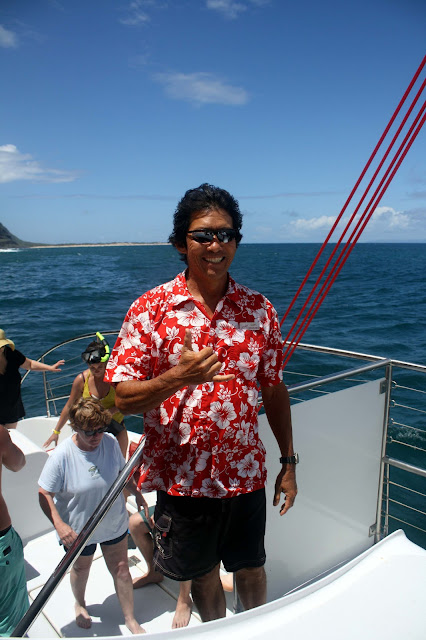 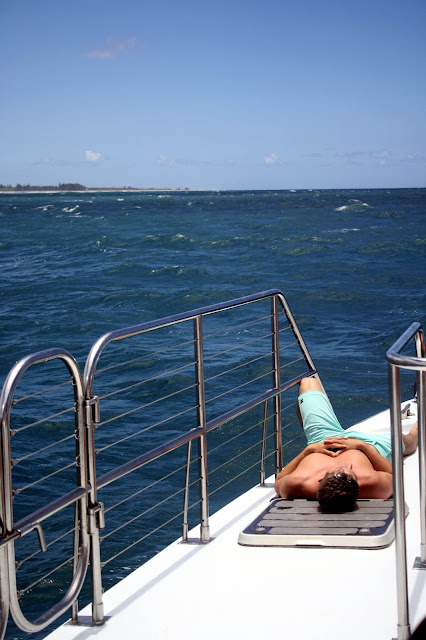 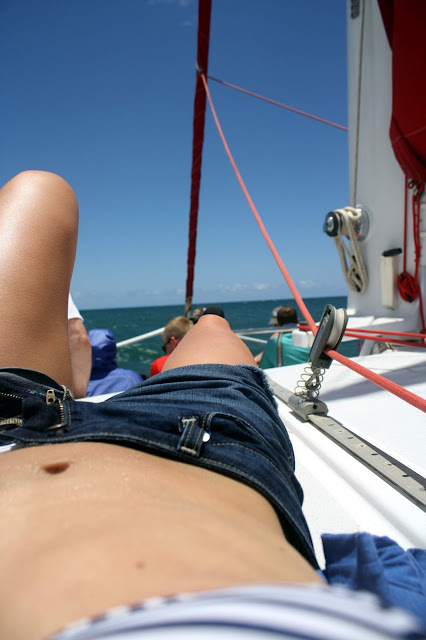 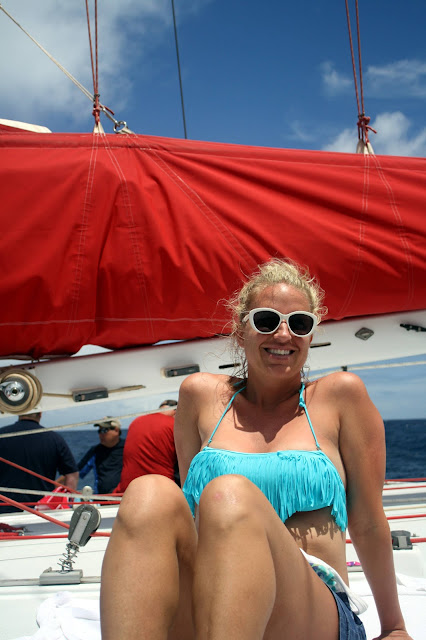 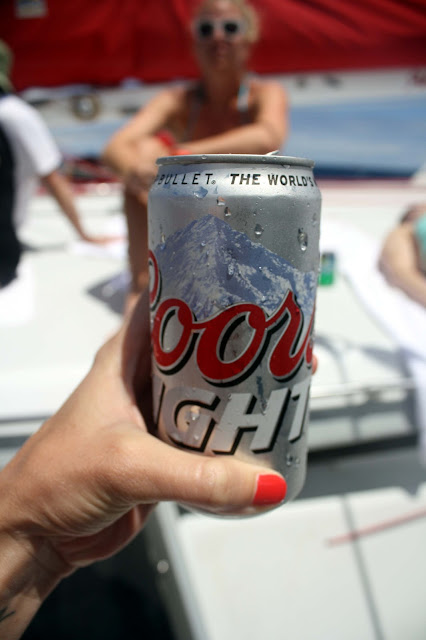 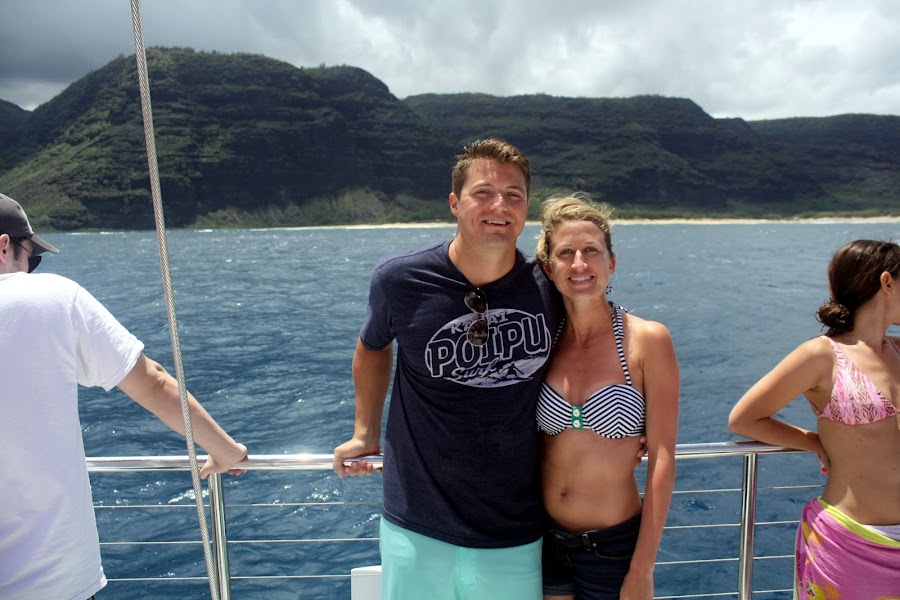 The best part of the tour for me were the dolphins. They swam with us the whole time. . . right up along the boat. They were so playful and jumpy. I see dolphins here in Santa Cruz, but not like this. Oh, to be a dolphin! 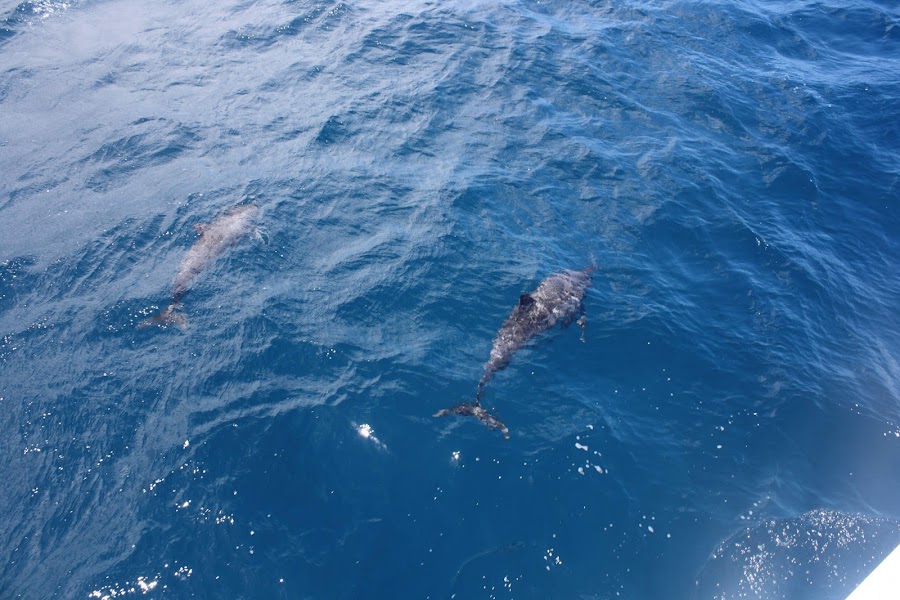 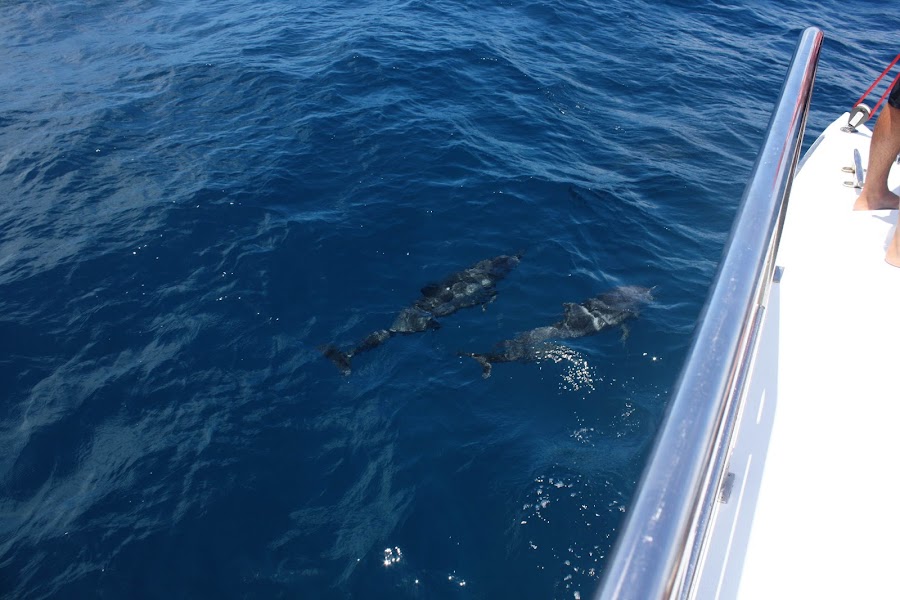 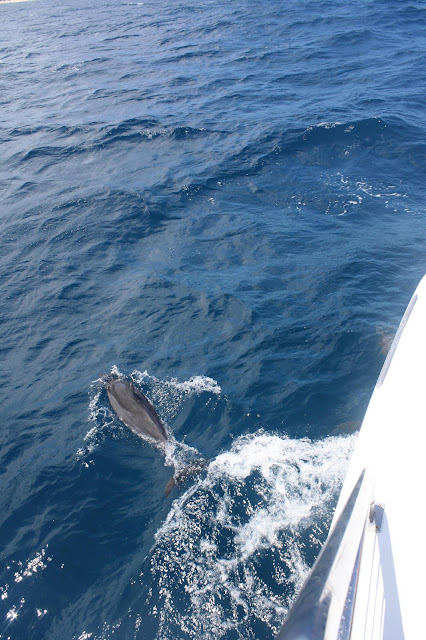 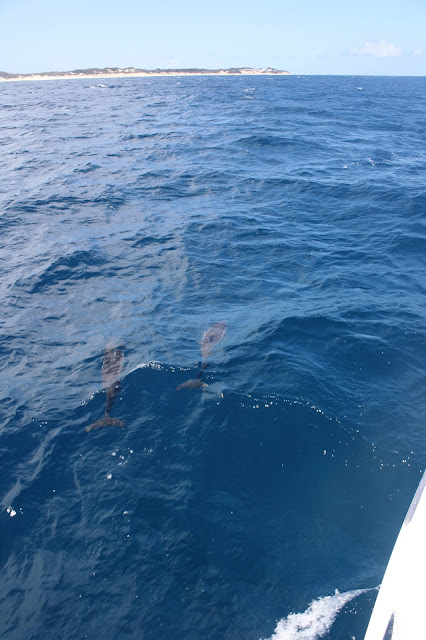 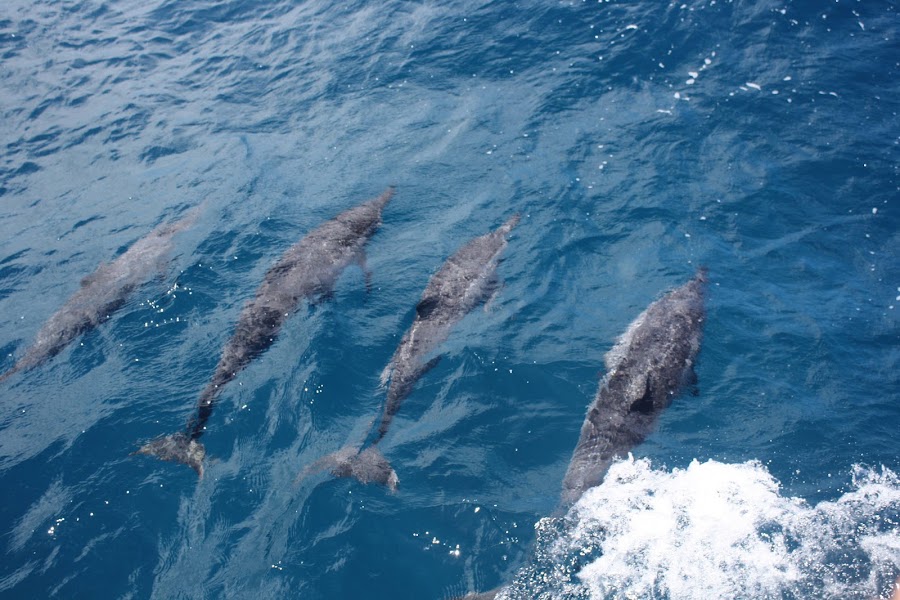 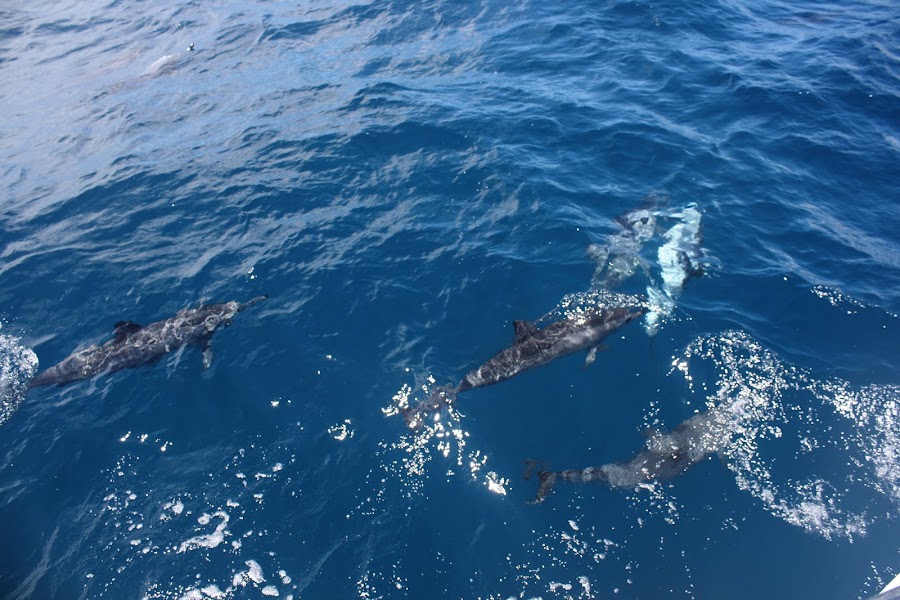 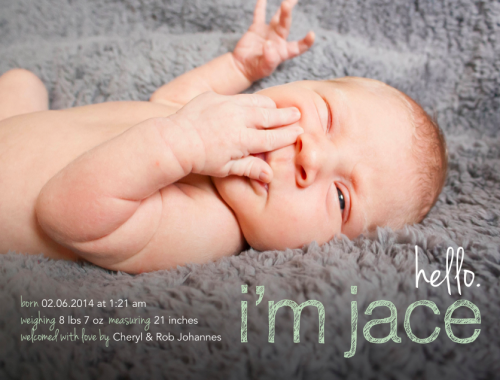