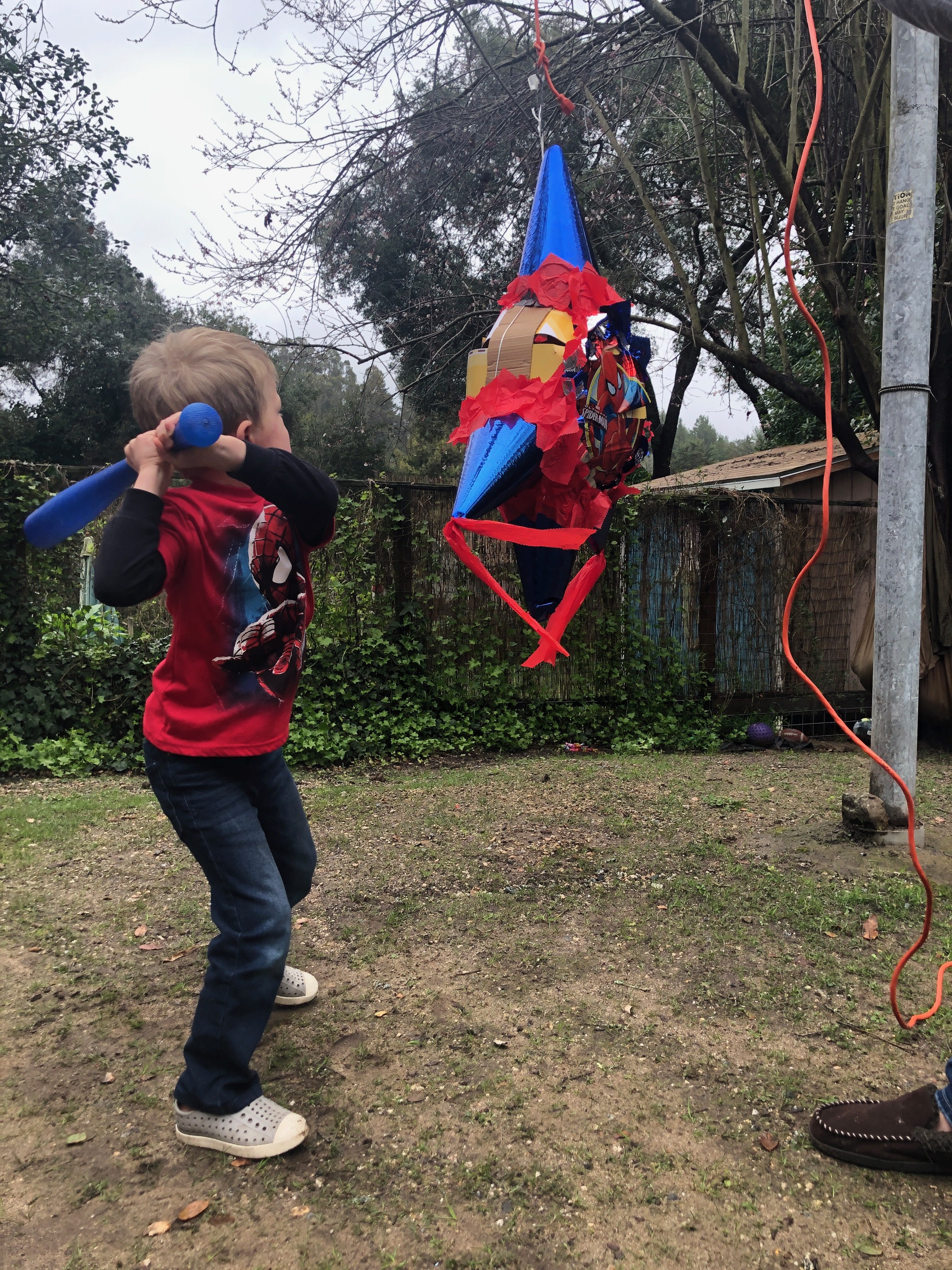 Our Jace Face turned 5 on February 6! FIVE! A whole hand! Wow, has the time flown by. Looking back over the years, especially on this blog, makes me choke up. It’s almost suffocating to think about how fast children grow up. It’s beautiful but so sad at the same time. It’s been quite a while since I’ve been on my blog but this was a day I couldn’t miss documenting. This sweet boy of ours is getting so big. He’s still as stubborn and fiery and sensitive and loving as ever.

He loves listening to TobyMac (The Elements song to be exact), loves toys and pillow forts, any chance to have us all to himself. He eats around the clock and is passionate when his mind is set on something. He cries deeply at times over anger and discipline, which reminds me how soft his soul is, still fragile and pure. He feeds on our energy, which is why everyday is quite the task, ha! He wakes up every day wanting to know the agenda, likes only half days at school, and is currently still writing his name backwards (we’re working on it!). He’s super into Spider-Man and the Incredibles, movies and riding his new bike. He is full of knowledge about Jesus and wants to be around family and his brothers. Even though he’s now 5, he still smells like the sweet toddler and baby he once was. I smell it in his hair and know it when I touch his skin. He’s tall and skinny but when I look into his eyes and pull back his hair and come close, I see my baby. I love living life through his eyes and questions and needs. He’s taught me so much about myself and about life. Isn’t that crazy. This unconditional love is overwhelming and amazing. I would do anything for him. But recently I realized how I need to hold my ground more and spend more time with him engaging and teaching him than giving him everything he thinks he wants, like things. Anyway, getting too deep now! Parenthood, always room for improvement, always. Thankfully this kid is easy to love and mush over, just love him so much it hurts.

For his party he and I went to work on a hand painted city scape backdrop for his party. Originally I was going to attempt this on my own but doing it with him was way more fun. He was super into it!! And perfection is no fun any way;) 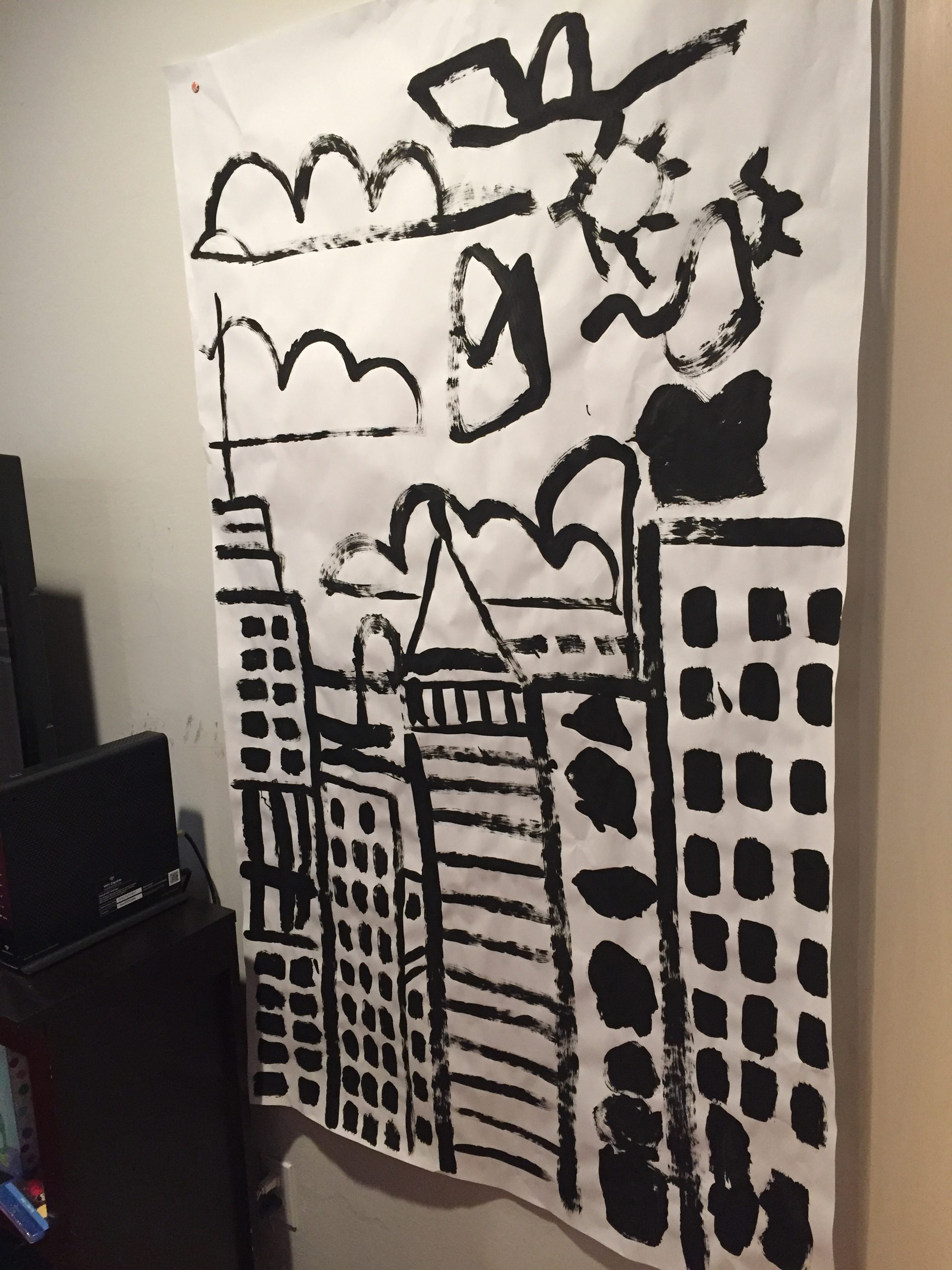 It was so fun to see Jace run around with his friends all over the house. It was raining for most of the day but we stayed busy inside and I think it was a total hit overall. All eyes on miss Rose, not surprised! (Rose is his girl, sitting next to him of course) .. After, we went out and hit the piñata, had Spider-Man cake, opened a million presents and sprayed Spidey webs at the city scape! I also made Jace’s favorite, Mac & cheese! From scratch too, which is like 100x better than the box, where have I been!? 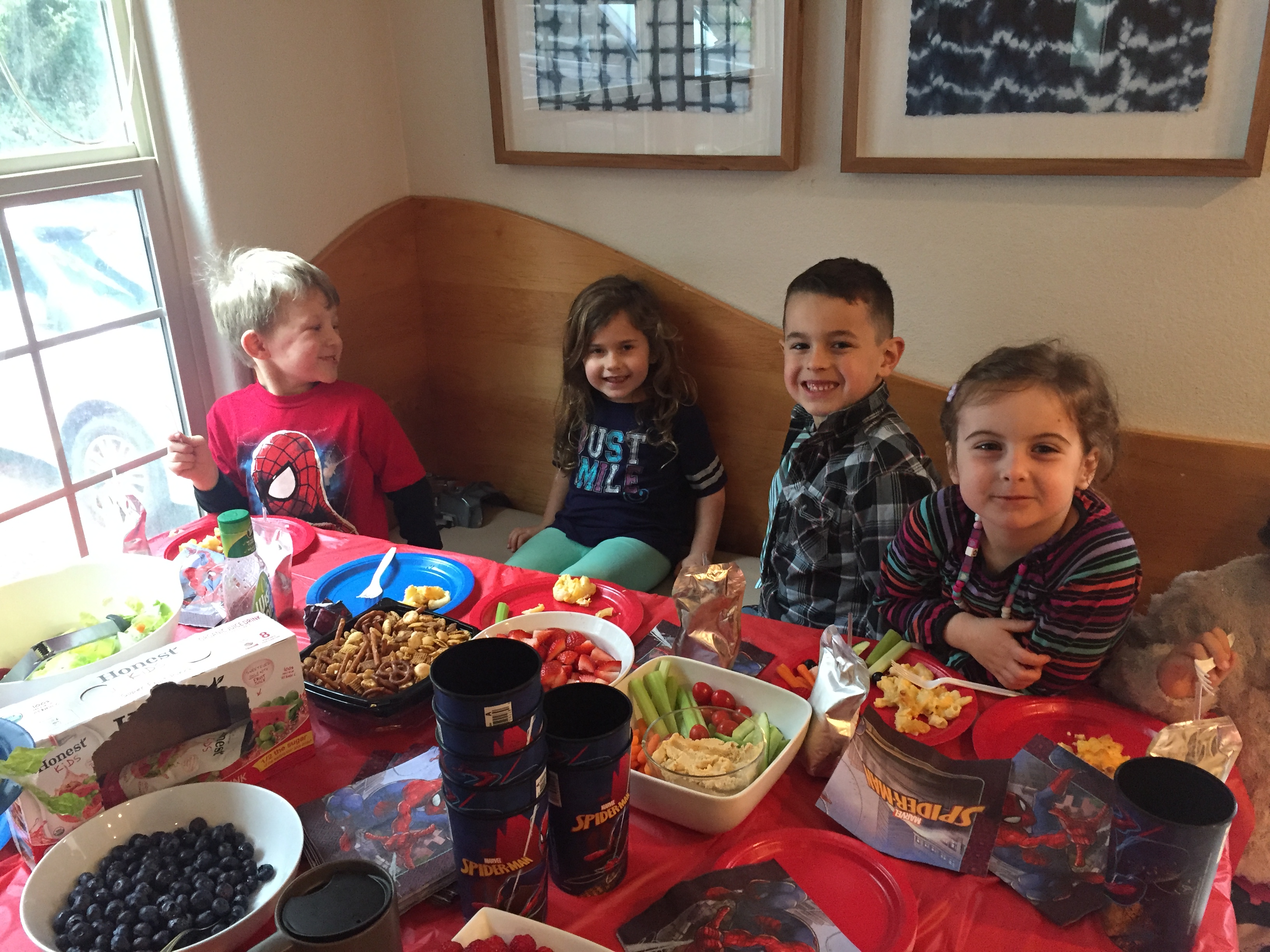 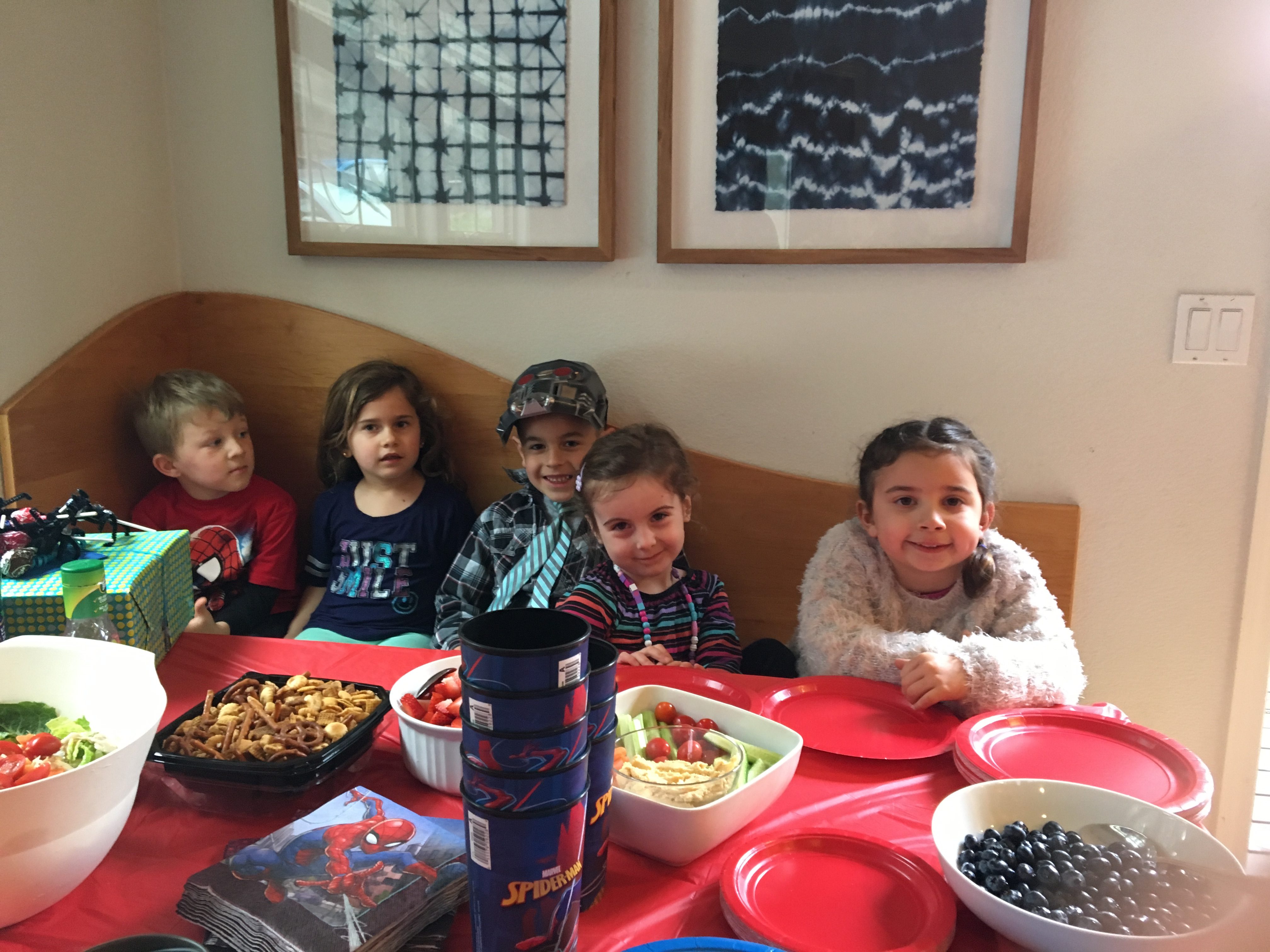 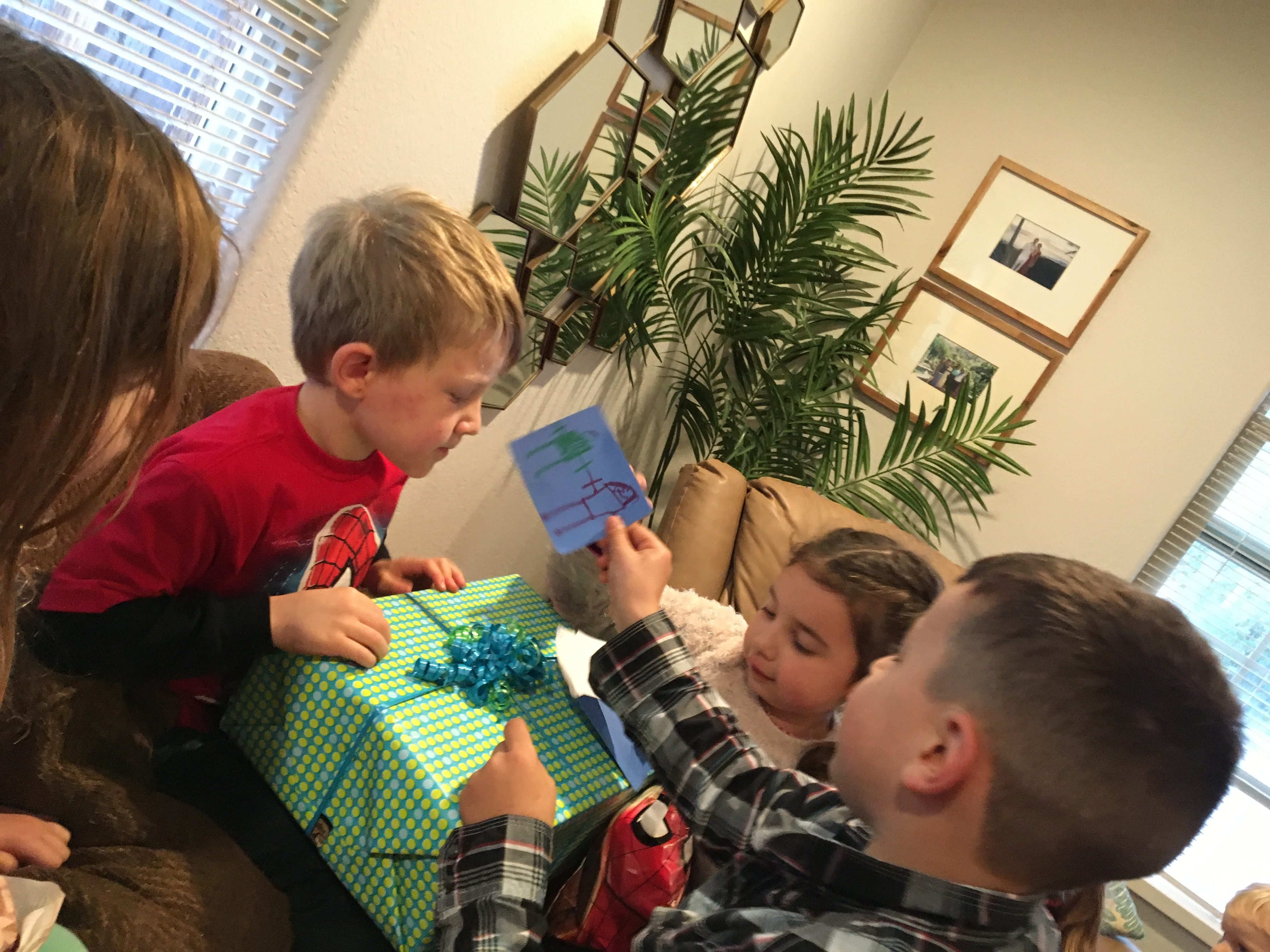 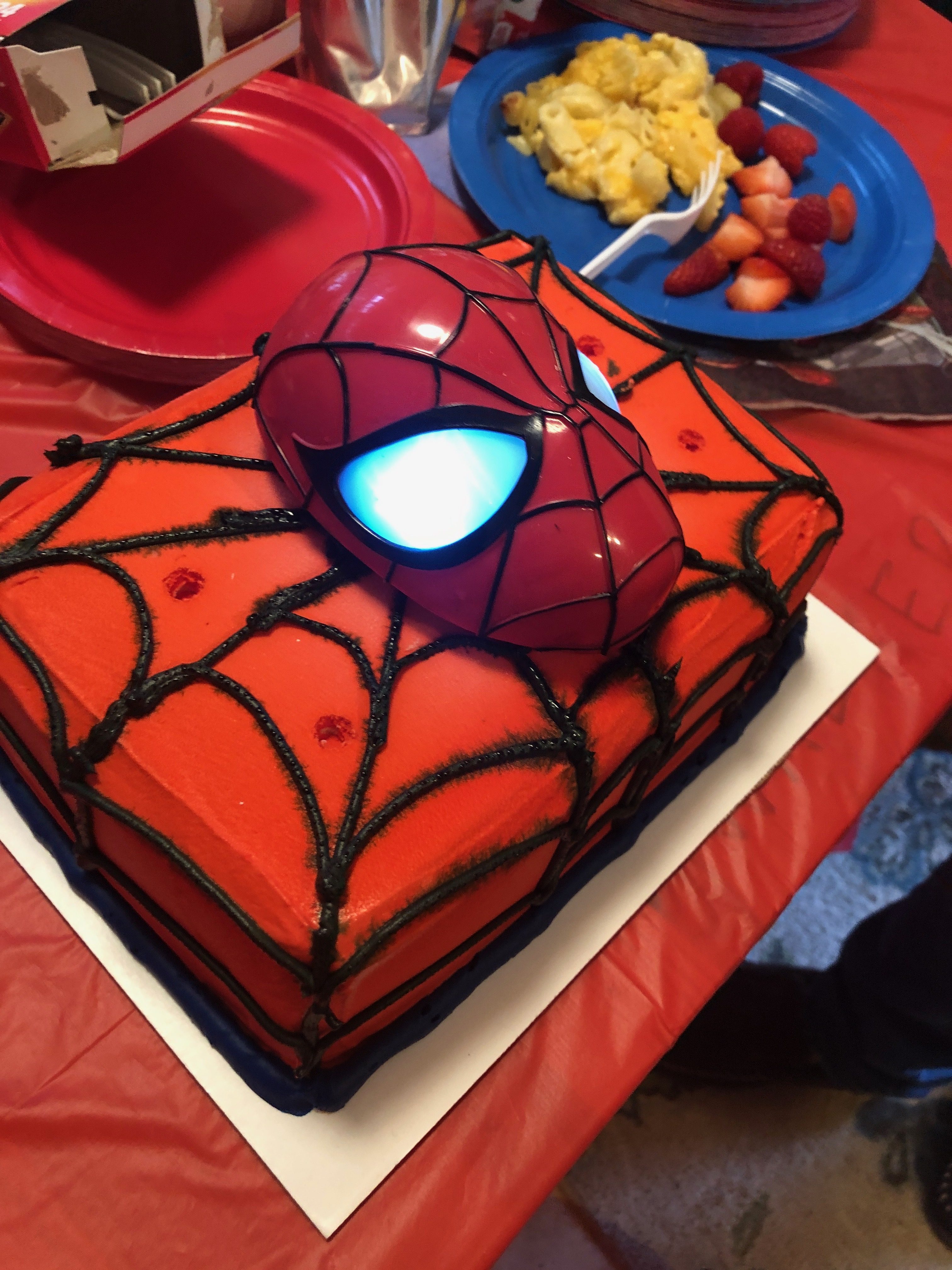 Walker was beside himself. Ice cream cake!! 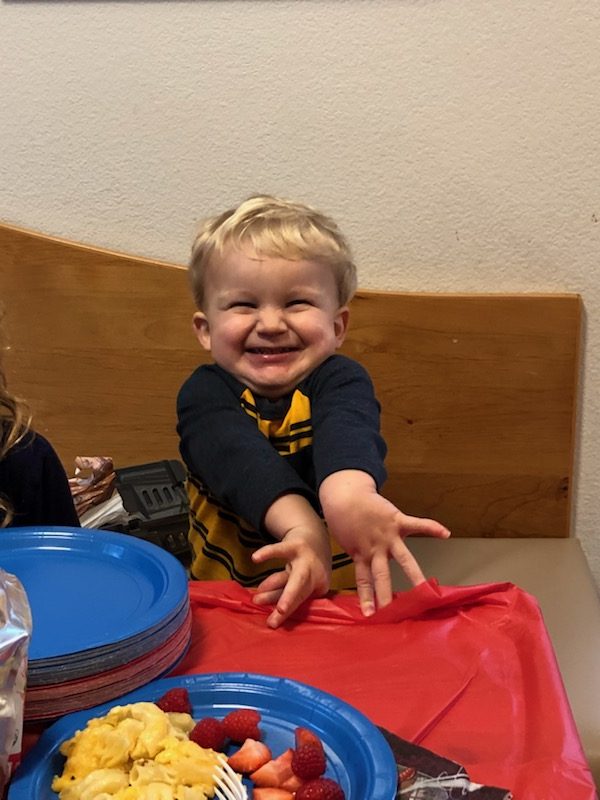 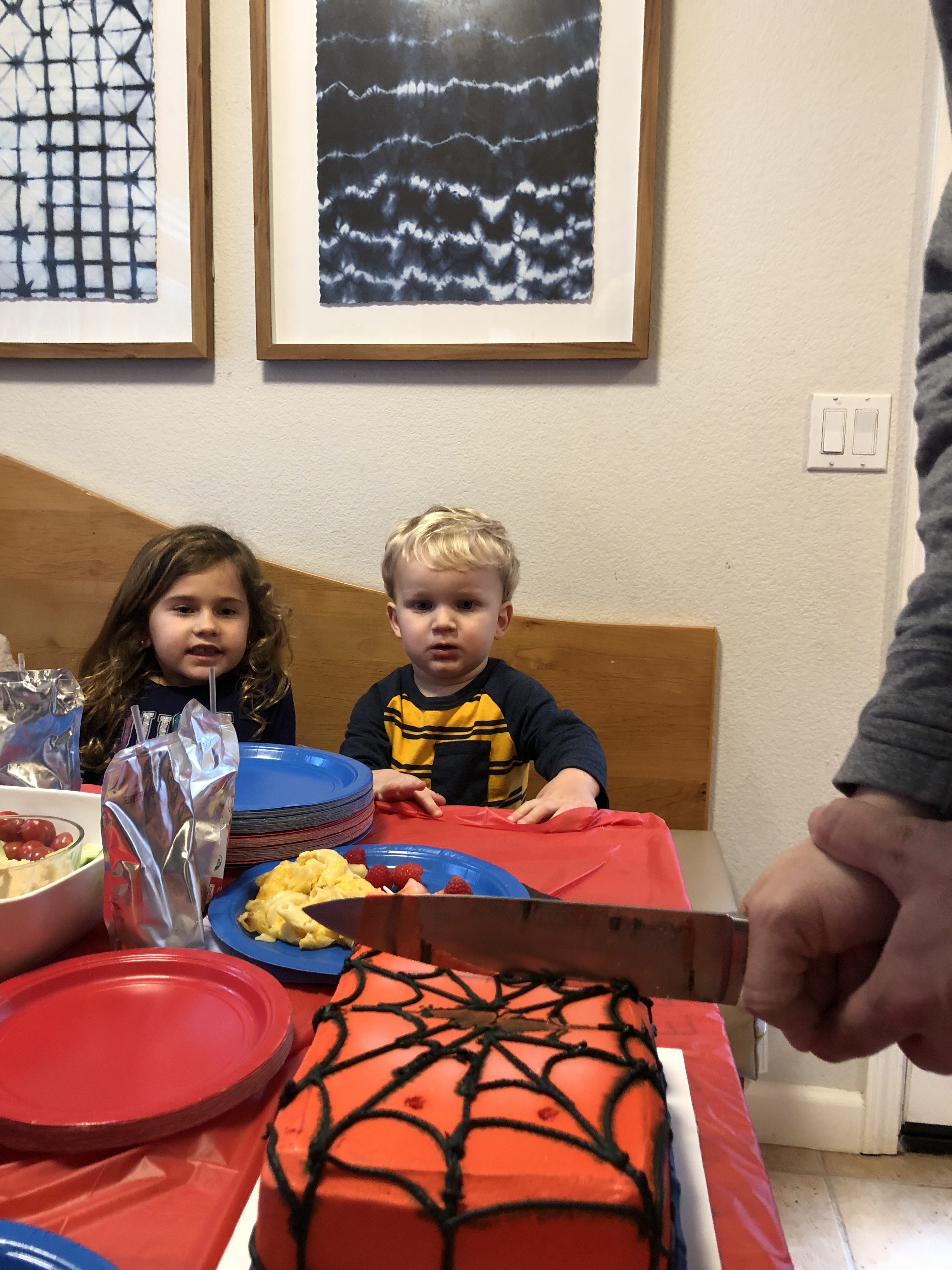 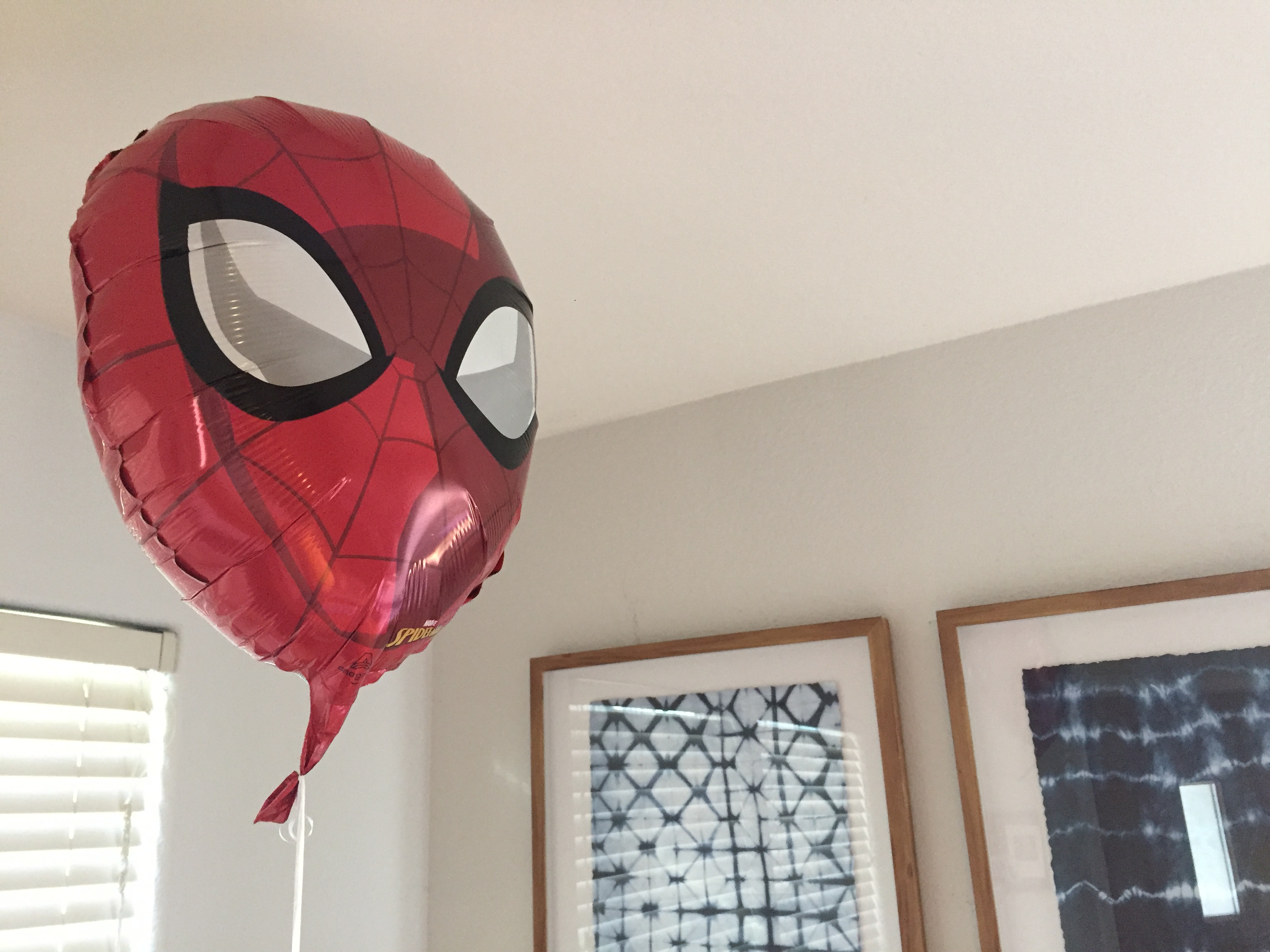 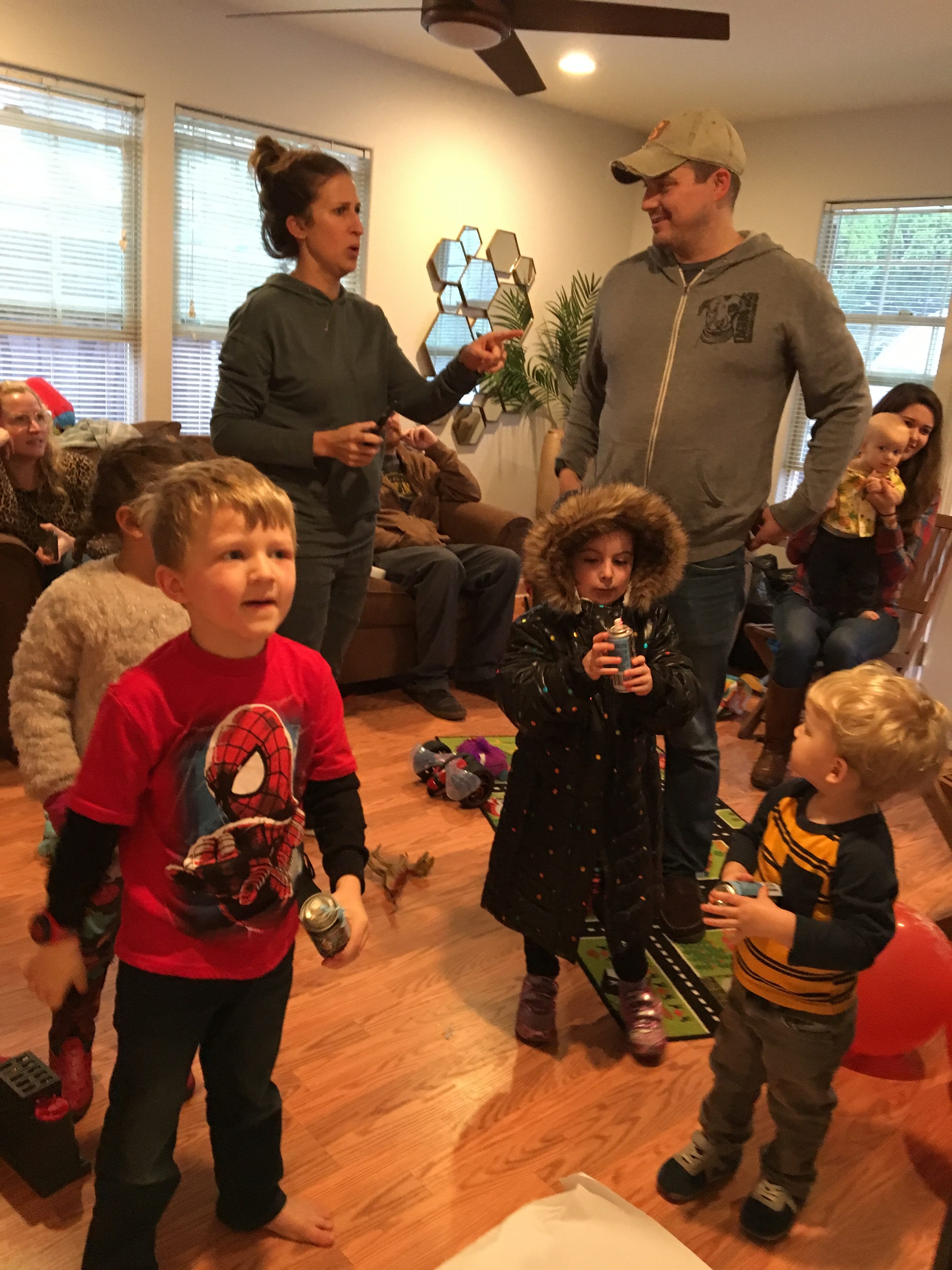 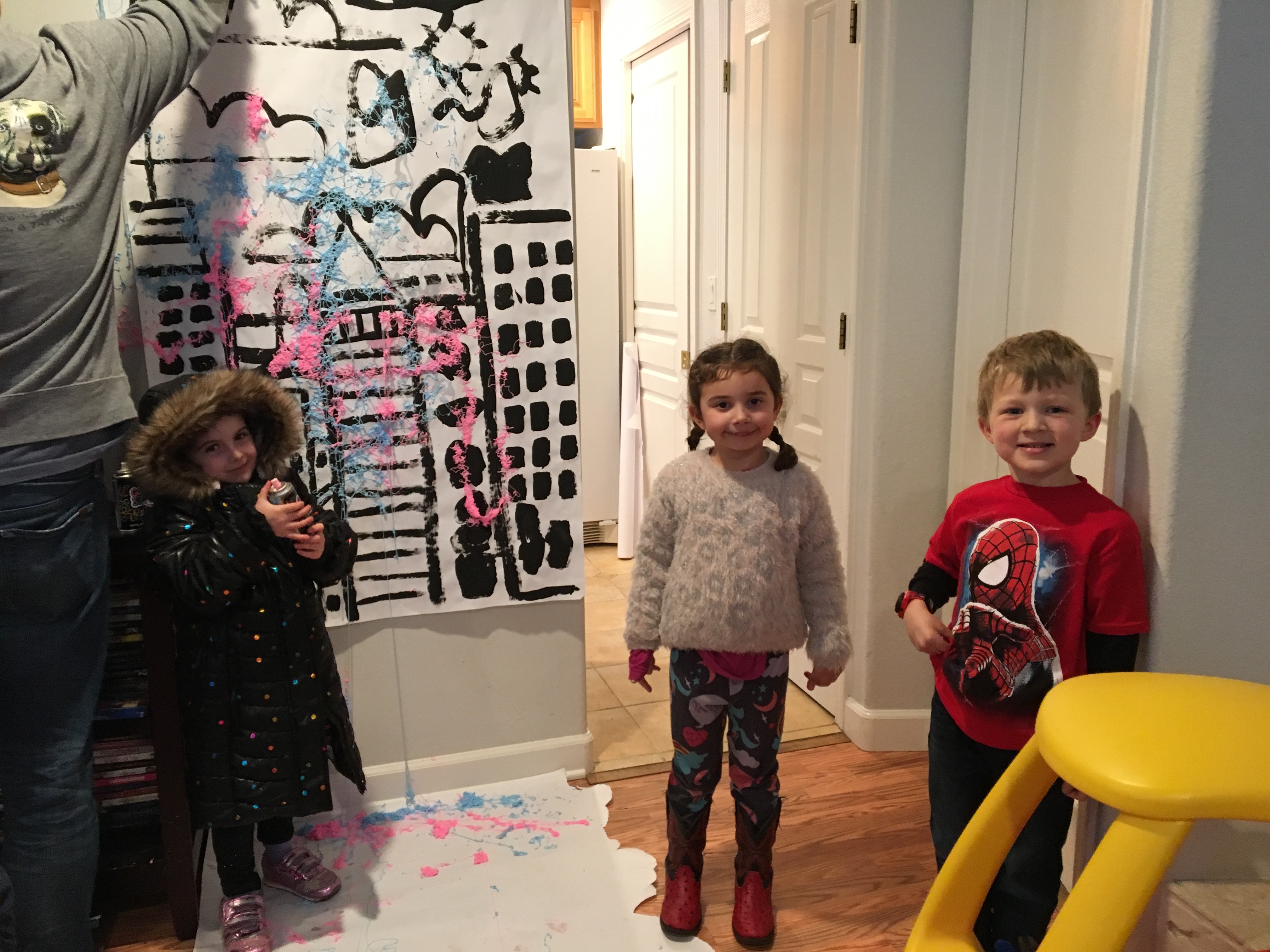 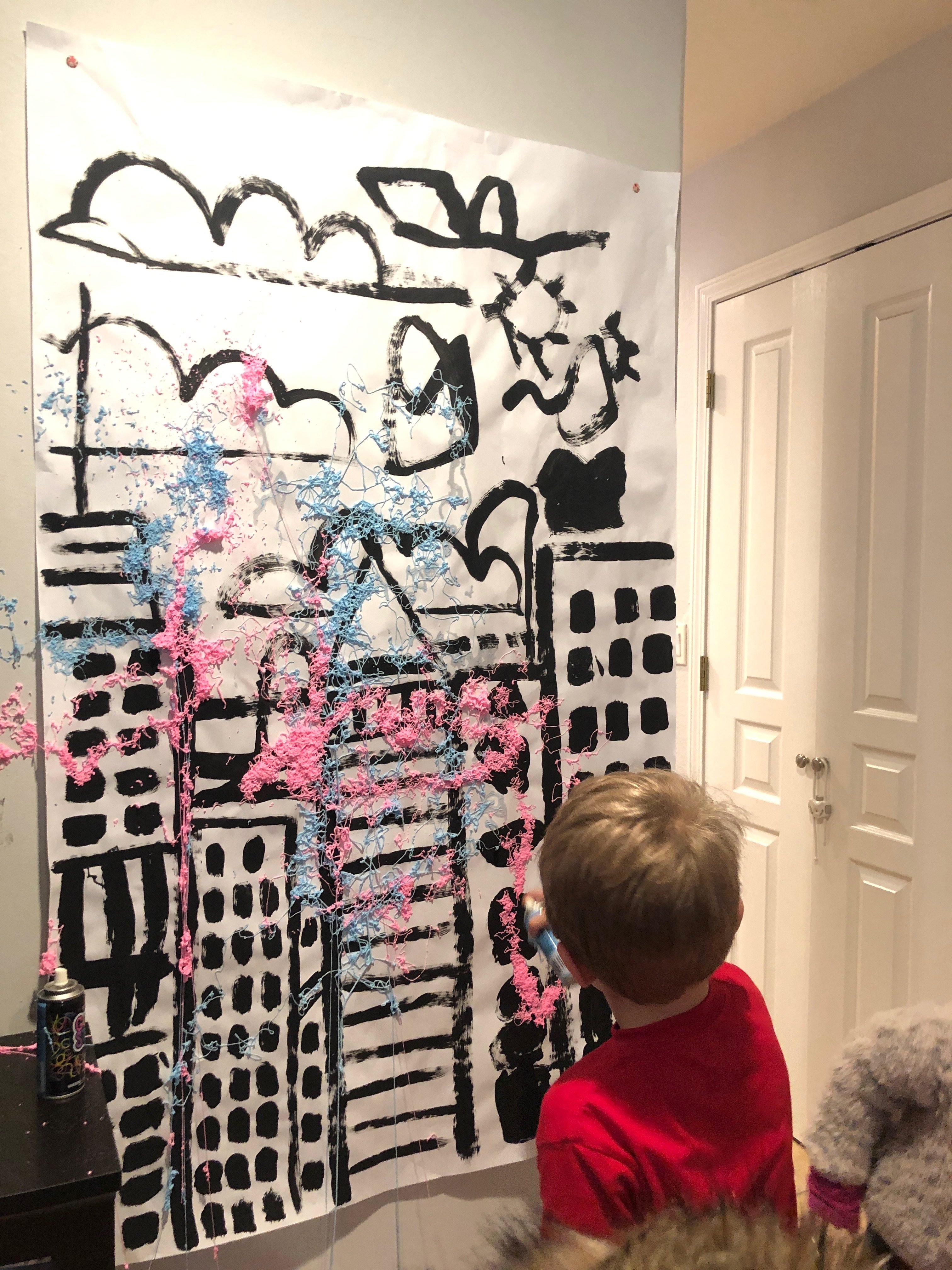 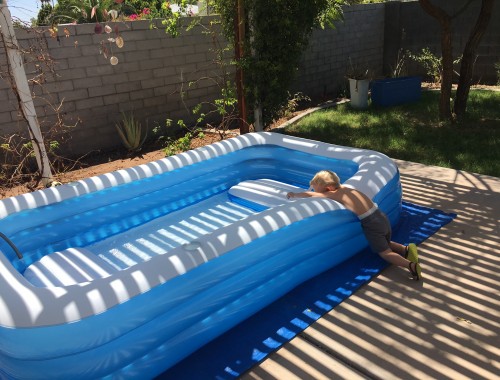 Summer at the pool 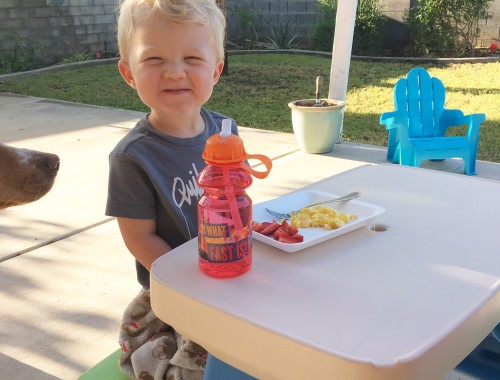 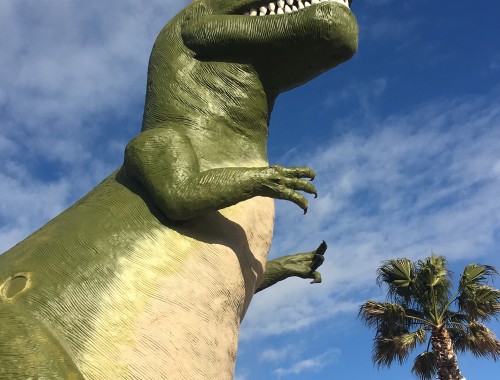