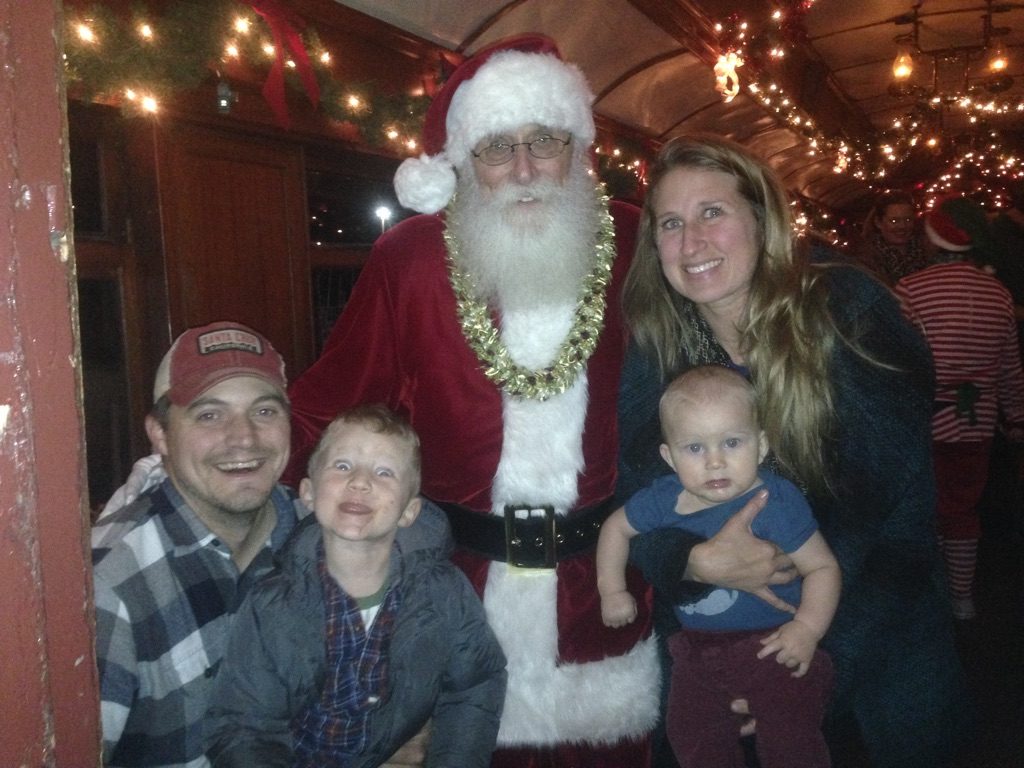 I found myself finally getting on the train, a hot sweaty mess, with no where to sit but a small bench at the back of an inside car next to the face painting lady, and Rob no where to be seen. Then the tears came. Then Jace started crying because I was crying. By the time Rob got on board, there was no going back, I was an emotional wreck. Partially upset at Rob’s lack of communication, and the other part at the entire Santa Cruz community around me who wouldn’t even help a poor woman out. How disappointed I was with humans just in general in that moment and how heartless and ugly they can be to others. From there, Rob and I couldn’t agree on anything and who should apologize or who was right or wrong in anything, so we focused on just making sure Jace had fun. And thankfully, that was easy. Mr and Mrs. Clause came by, Jace gave Santa his Christmas list, cookies and cider (too hot to drink!), elves gave us candy canes, we sang along with Jace to the songs he knew, we looked at all the cars and houses and bums we passed on the train, and because the face painting lady was literally staring at our commotion the entire time (and probably because she felt bad for the red-blotchy woman crying right in front of her) she cut us a deal on the portrait. Another lady walked up to me and told me I had a beautiful family. I’m sure she saw me crying too. Who didn’t at this point?! Thank God we had the arcade casino after to let out some more steam from the ride and run around with Jace to make sure he had a great holiday night. This picture of him below cracks me up. We spent probably $5 just on this hen-laying game. He was so excited to see the little prizes in each egg! We also spent a lot of time at the toddler sized ski hockey game. Is that what it’s called? Who cares. Overall, it was still a good night; I just don’t think my pregnancy hormones were cut out for it. By the end of the night I was feeling dangerously faint and hangry. But I pulled it together for a photo with Santa for Jace and that’s all that counts, right? Hopefully all the fun he had overall outweighed him seeing his Mommy cry over the crowd of people and her absent minded husband ;)  And thankfully Walker was a total trooper through everything. Good thing nothing crazy phases him. As long as there is tinsel to finger and windows to drool on, he’s a happy boy. So, there’s my story. 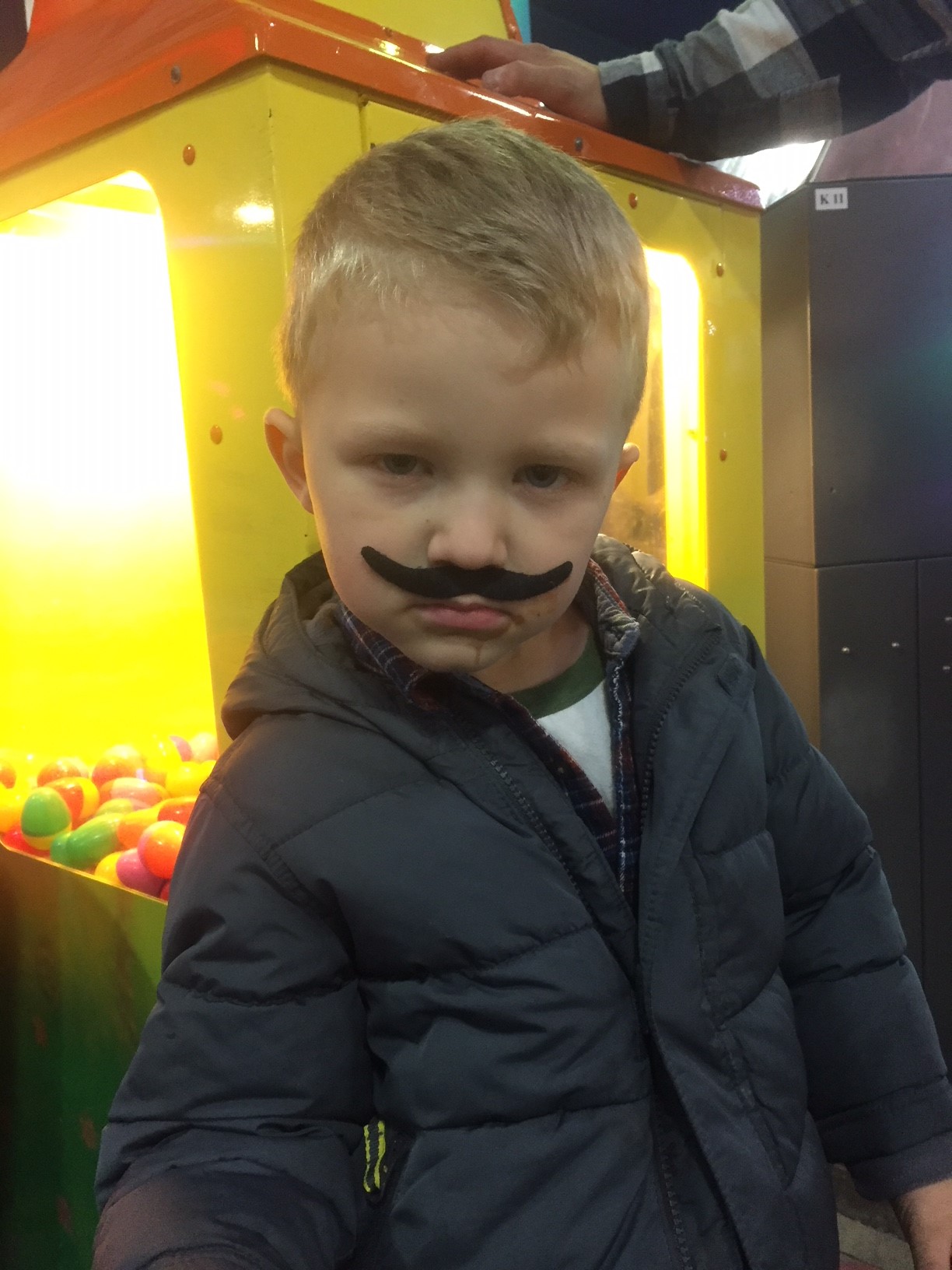 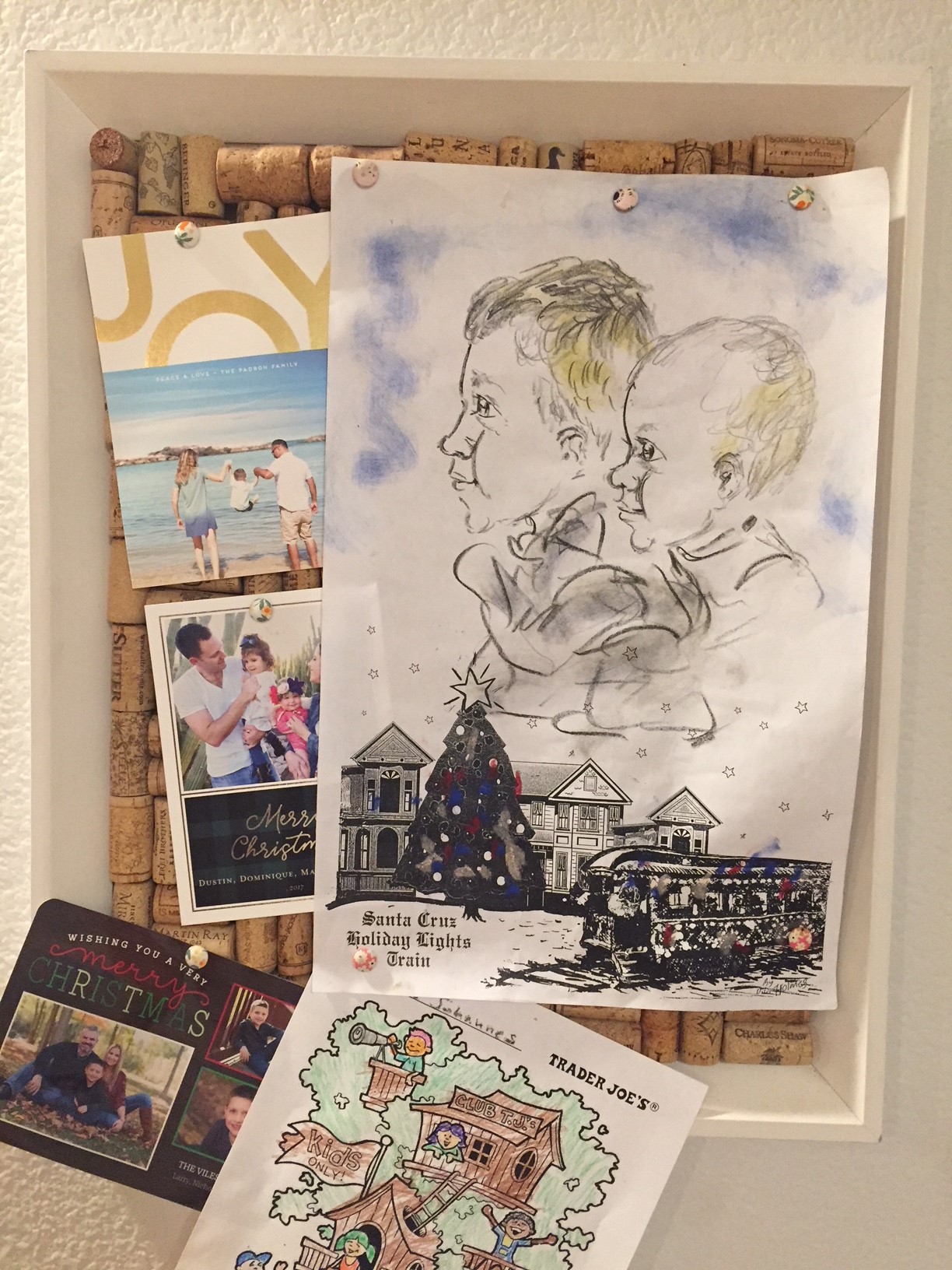 And for you, Roaring Camp Santa Cruz Holiday Lights Train organizers:  Switch to assigned seating. for. the.love.of.god. Offer cookies to the adults, too. And who serves HOT CIDER on a Christmas train??? Haven’t you people ever seen a Christmas movie!? Just splurge for the hot chocolate. I’d rather burn my tongue on hot chocolate than CIDER. Up side: Mr and Mrs. Santa Clause and the entire train staff. They truly turned the experience around for us. Change those things and maybe we’ll come back next year. The end. 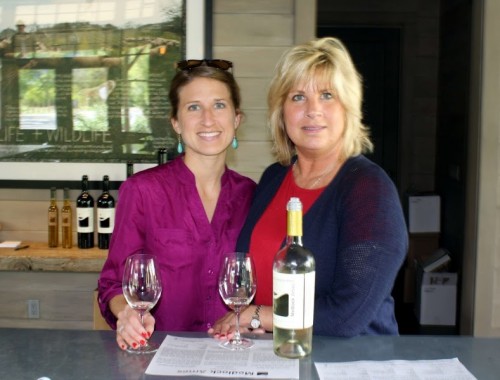 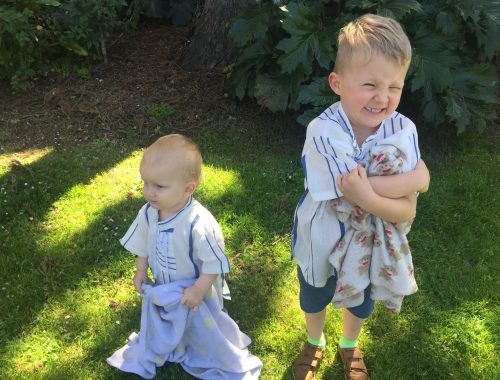 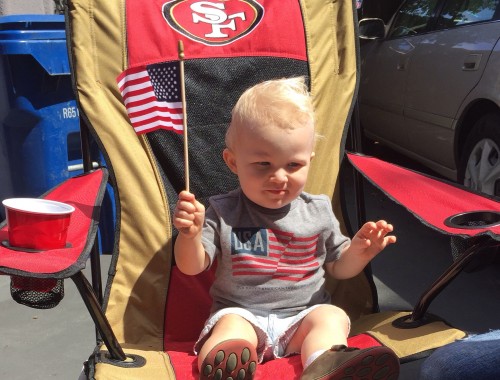 4th of July in Santa Cruz + a video